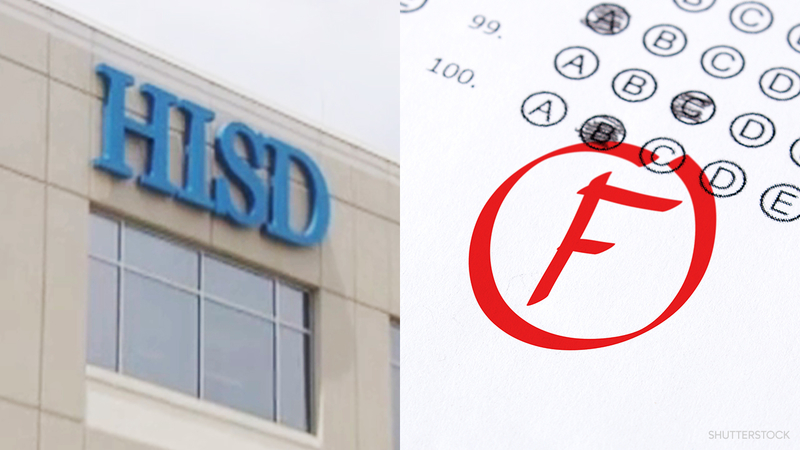 HOUSTON, Texas (KTRK) -- The Texas Education Agency released its 2019 accountability ratings for schools and school districts, including for HISD, which received a "B" rating overall.

However, 21 of the district's schools received an "F" grade.

21 HISD schools get a F rating from TEA including Wheatley HS https://t.co/H6oJRG6zwr… pic.twitter.com/s3UWIqFzdr

Districts, charters and schools are given an overall rating based on the following three performance areas:

-Student achievement: how much students know and are able to do at the end of the school year. Under this category, performance on the standardized STAAR test; college, career and military readiness; and graduation rate were all factors.

-School progress: how students perform over time and how that growth compares to similar schools. Academic growth and relative performance were among the factors in this category.

-Closing the Gaps: how well different groups of students within a school are performing.

You can look over the HISD results for all of its schools here.

You can also search the accountability reports for any campus or district in the state.

Scene where man shot by SJPD officer Fri at White & Penitencia Crk. PD says he had felony warrant & known to be armed. Chief speaking at 12 pic.twitter.com/R7dnqf4VVT

This is the first time that all HISD schools have been assigned a letter grade of A through F under the new accountability ratings system.


In addition to a state takeover of the school board, the TEA also recommended lowering the district's accreditation and the appointment of a conservator.

On mobile? Click here to see the map of failing schools.