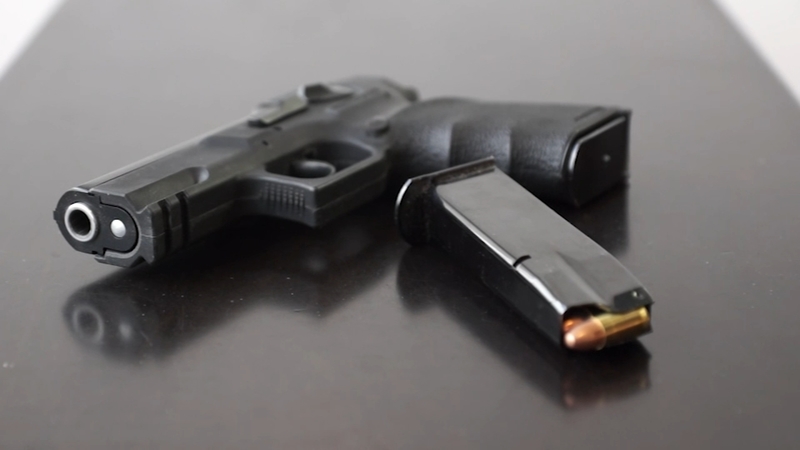 Four historically Black colleges and universities in four cities with disadvantaged neighborhoods are working together to stop the violence impacting people living there before it starts. They're going beyond the numbers and data to get it done.

The HBCU's, including Texas Southern University, are including the people most at risk in their research. Part of their project involves interviews with Black men between the ages of 15 and 24 in communities that struggle with gun violence.

SEE ALSO: After 5 years, Houston family still has no answers in shooting death of loved one

Shepard just marked the five-year anniversary of her nephew's unsolved murder. He was just 30 years old when, police say, someone knocked on his apartment door and then shot him. The suspects are identified as two Black men in their 20s. In all, three of Shepard's nephews have died as a result of gun violence.

"It's horrible. I talked to my son about gun violence," said Chelicee Simon, whose 10-year-old son was shot and killed on Houston's north side in 2021. Simon's son, Khalid Mendez, and an 11-year-old boy found a gun inside a car. Khalid died in his mother's arms.

"We want the congressmen to figure out why so many people are getting guns," said Shepard.

Instead of lawmakers, educators are trying to find the answers by asking questions.

"We felt it was important that we begin to ask questions, not just of the adults, but other youth that are involved in this space," said Howard Henderson, Ph.D., the director of TSU's Center for Justice Research. "You see, around the country the violent crime rate has increased drastically."

Henderson is working with researchers from three other HBCU's in Baltimore, Maryland, Jackson, Mississippi and Wilmington, Delaware. The first part of their study reveals common issues across high-crime neighborhoods, like unemployment. The next step is to interview people dealing directly with these problems related to class, who are mainly young, Black, and male.

"These kids are going to know, first and foremost, what it is they're being challenged by. They're going to be able to provide for us, what they feel, are the motivating factors to causing them to possess guns in the first place," Henderson said.

Data from the Centers for Disease Control and Prevention shows this demographic is in crisis. Black men and boys between the ages of 15 and 24 make up just 2% of the population, but they represented 37% of gun violence victims in 2019. The numbers also show Black men are 14 times more likely to be shot and killed than white men. In response, Henderson said his team is trying to find the subtle nuance behind these numbers.

The statistics show 10-year-old Khalid was more likely to die before he turned 11.

These senseless deaths may be better understood by using interviews on top of data to prevent more families from mourning.

The results could be used to reveal how schools, governments, and grassroots organizations should use resources to address the root causes of violent crime before someone has the opportunity to ever get their hands on a gun.

Henderson said they are having some difficulty finding young, Black males to interview for this research. It's important to note that the interviews are anonymous, and their identities are protected to keep anyone from implicating themselves in a crime. Anyone interested can contact the Center for Justice Research.