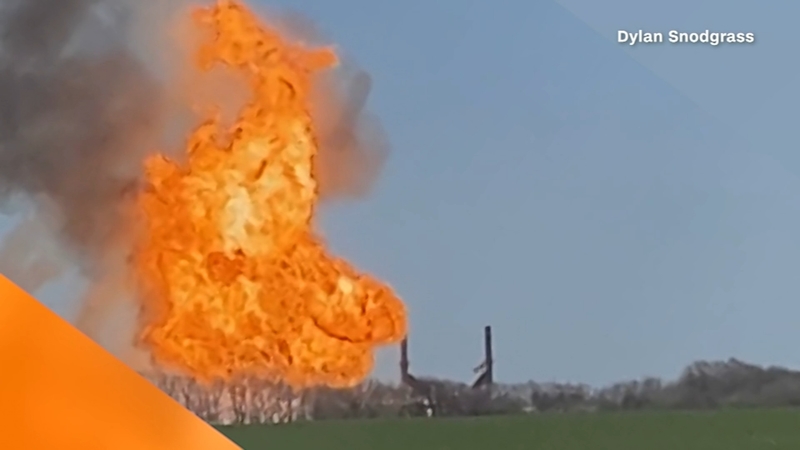 HAVEN, Kan. -- Two people were hurt after an explosion and fire at a gas plant in Kansas.

Crews were called to a fire at the Haven Midstream Gas Plant, formerly known as the Tenawa Haven Gas Plant, just after 1 p.m. Thursday.

When crews arrived on the scene they were met with heavy smoke and flames. Crews also reported explosions, KAKE reported.

A 2-mile radius around the plant was evacuated as crews worked to contain the fire.

According to Reno County, Kansas' emergency manager, the two people taken to a Wichita, Kansas hospital had only minor injuries.