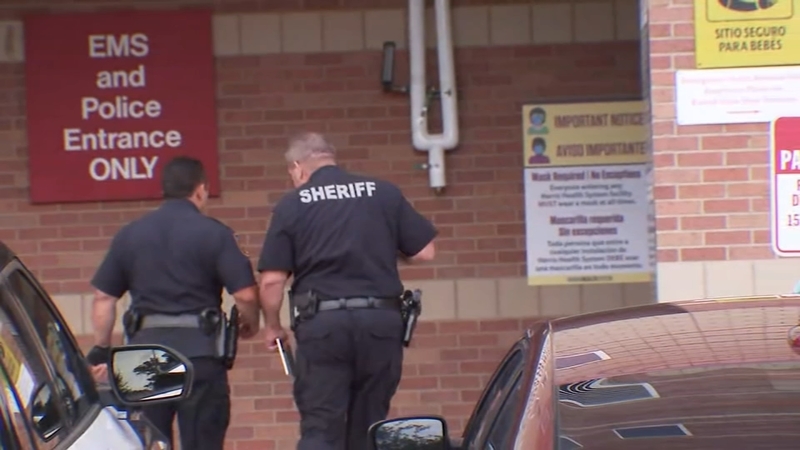 Nurse technician being called a 'hero' after deputy shot

HOUSTON, Texas (KTRK) -- A technician at Ben Taub hospital is being hailed as a hero on Thursday, one day after a jail inmate allegedly shot a Harris County Sheriff's Office deputy who was escorting him to a routine hospital visit.

"I could not imagine how brave she was," said nurse manager Gina Shanker, who supervises the technician and also witnessed the incident. "The thing that came into her mind was, 'I need to help. I need to help the officer.'"

On Wednesday, as the workday was winding down on the fifth floor clinic, Shanker said she began hearing noises coming from the men's bathroom near her office. 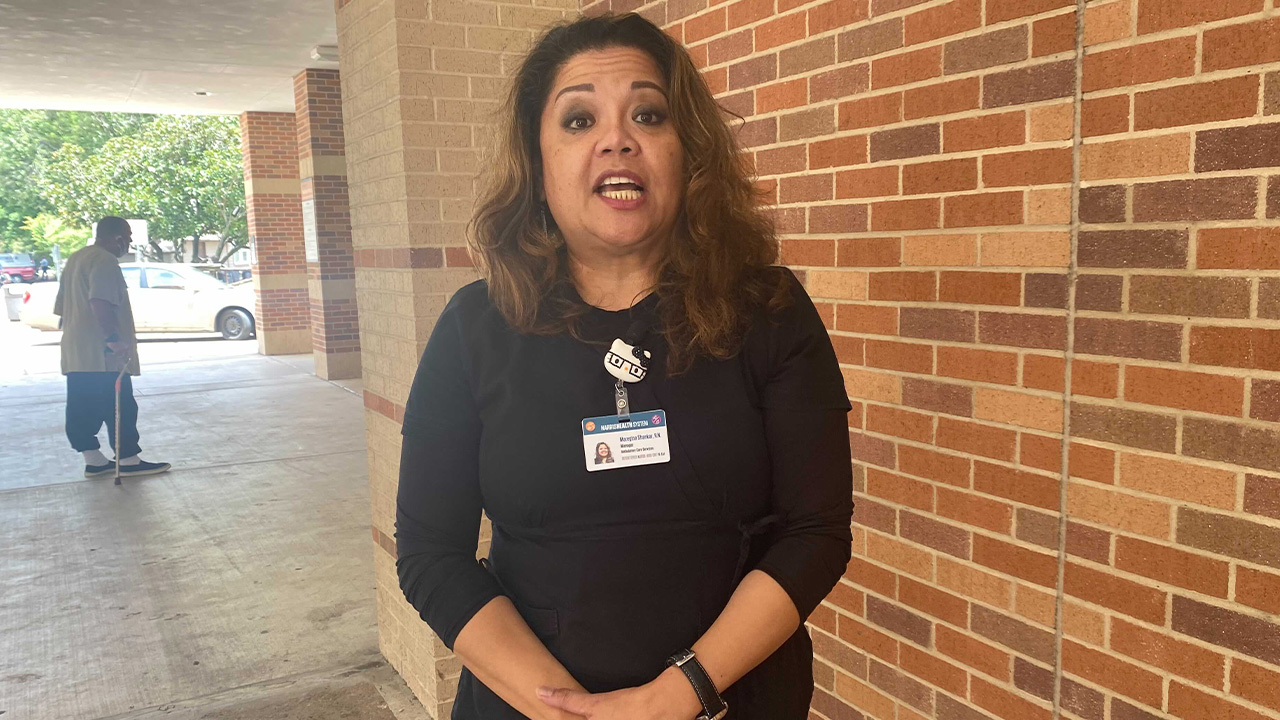 "Pretty much steps from my office when we heard the commotion, and later on, gunshots," she recalled.

A struggle was going on in the restroom between the deputy and inmate Thaddeus Lewis. Investigators said Lewis, who was there on an outpatient doctor's visit, was able to get a hold of the deputy's gun.
He allegedly fired off a shot, which hit the deputy's left hand.

A suspect has been detained after a scuffle between him and a Harris County deputy ended in the deputy being shot in the hand at Ben Taub Hospital.

That's when the technician jumped in.

"She was on her way home towards the end of the clinic," said Shanker. "That's when she heard somebody asking for help, yelling for help, in the men's restroom."

"It was scary and I kept on telling her, 'Come out! Come out of the restroom!' and she was still trying to talk to the inmate," she said.

The deputy is recovering at home. Lewis is now facing an additional charge of aggravated assault of a public servant. The anonymous technician is taking a few days off work.

"It just shows we're always facing danger," said Eric Batton, the first vice president of the Harris County Deputies Organization. "No matter what the situation is, whether it's escorting someone, or making a traffic stop or a domestic violence call."

Shanker said her staff members are happy to be back on the job to help serve all Harris County residents.

"I've been here for 33 years and this is the first time I've had this type of situation," said Shanker.