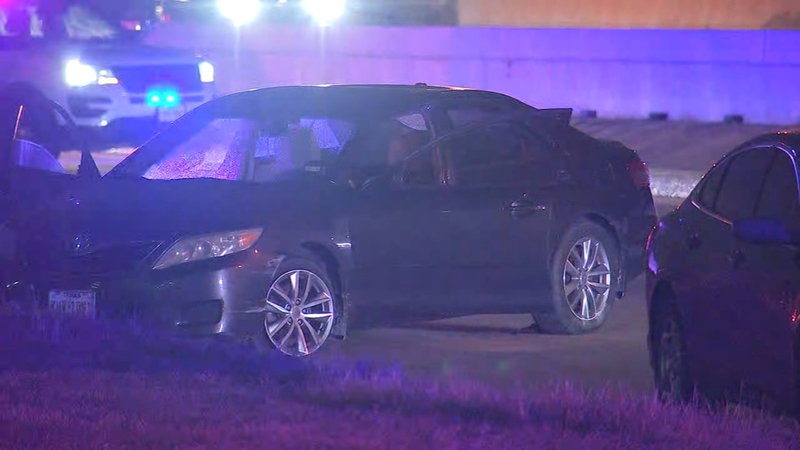 HARRIS COUNTY, Texas (KTRK) -- A man is dead after an incident that authorities said may have stemmed from road rage in northeast Harris County.

Just before 7 p.m. Thursday evening, deputies responded to reports of a drive-by shooting in the 8700 block of the North Sam Houston Parkway East, near Wilson, according to Sheriff Ed Gonzalez.

The victim, a man believed to be in his 20s, was found shot to death inside a small, silver sedan, Gonzalez said.

@HCSOTexas units are investigating a shooting at the 8700 blk of N. Sam Houston Pkwy E, near Wilson. Units located a male that sustained gunshot wounds inside a vehicle. The male is deceased at the scene. Investigators are enroute. #HouNews pic.twitter.com/19WlCTrMfo

Gonzalez added that the shooting may have stemmed from a road rage incident near the corner of Wilson and the Tollway. He said there were reports of two vehicles, including the victim's car, cutting each other through traffic, when an argument ensued.

At some point during the argument, shots were fired and the man was struck.

"There were reports that there was some aggressive driving, zig-zagging in and out of traffic with each other," Gonzalez said. "And eventually, an argument ensued, and it led to shots being fired."

Video from the scene shows at least one bullet hole in the side of the car.

According to witnesses, the suspect was driving a pickup truck. That's the only description deputies had.

Gonzalez said authorities are still working to figure out what exactly happened.