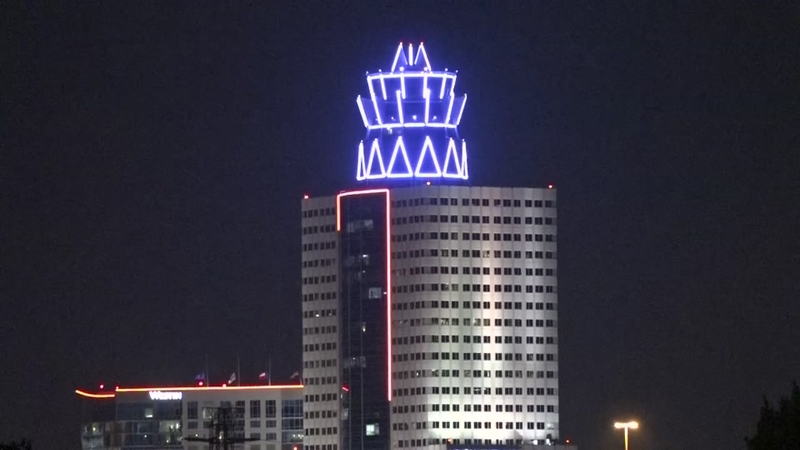 The "Thousand Points of Light" is a nod to the phrase coined by Bush in 1988.

When he accepted the presidential nomination that year, he compared America's clubs and volunteer organizations to "a brilliant diversity spread like stars, like a Thousand Points of Light in a broad and peaceful sky."

It would later be used in the president's inaugural and State of the Union addresses.

Former President George HW Bush's hallmark "thousand points of light" mantra originated on the campaign trail in 1988 as he hailed the virtues of community, diversity and volunteerism.

You can see it all lit up from 7-10 p.m. along the area from Bunker Hill to just east of Beltway 8 on the north and south side of the Interstate 10 corridor.

Tonight the public in Houston will be able to pay their respects to the president as he lies in repose at Saint Martin's Episcopal Church.

The funeral service for the president will be held at the church on Thursday.