Our America: Asian American and Pacific Islander Heritage Month past and future

Despite recent strides, one question lingers: Where does the American dream stand for Asian Americans of today?

HOUSTON -- The black and white pictures of Donna Fujimoto Cole looked like so many American kids growing up in the 1960s. The school picture with curly hair, the dance team wearing cowboy boots, a candy striper volunteer with the distinctive ribbon, and everything else that conjures up "All American."

Yet she never felt American enough.

"Because no matter what, you walk down the street, you're never going to be an American because you have this face," said Cole, now a business who has employed hundreds over her career.

Cole grew up at a time when being Asian American didn't feel significant or worthy of a mention.

VIDEO: Watch the trailer for 'Our America: Asian Voices'

"I grew up in the East End of Houston, in a predominately Hispanic community," said Quan, whose parents ran a neighborhood grocery store. "I just wanted to blend in with everybody else. And it wasn't until I learned about the Asian culture that I said, 'Why don't I, why aren't I, more of it?'"

Compared to California or the East Coast of the U.S., the Asian community in Houston was smaller, but the community began to grow significantly in the 1980s. As their numbers and business clout increased, local AAPI leaders began looking for ways to make a greater impact. The Asian Chamber of Commerce was formed, and the Asian Pacific American Heritage Association followed a few years later.

As the community grew, it found a surprising ally in the White House: President George H.W. Bush.

"The Asian Pacific American Heritage Week was extended by a month by under my father's presidency," said Neil Bush, one of the former president's sons who now runs a consulting business with a focus on Asia.

Neil Bush remembers traveling to China with his entire family as a young man. Walking through his Houston office today is like a living reminder of the elder Bush's high regard for Asia and Asian Americans. There are pictures of the late president and first lady in China, as well as paintings of the first couple by Chinese artists.

Neil Bush often tells the story that his father was shot down by the Japanese during World War II, but when Emperor Hirohito died during his presidency, he didn't hesitate to attend the funeral.

Therefore, signing the Asian Pacific American Heritage Month bill on May 7, 1990, was poignant.

"It represents, in his mind, the recognition that the greatest strength of America is that we are a diverse country," said the younger Bush, tearing up at recollection of his father.

"Well," Gordon Quan paused at the memories of the moment when the United States recognized Asian Americans for an entire month, "we were excited by the fact that the government acknowledged Asian Americans as being an important part of our country."

"It actually gave us a platform that we've never had," said Cole, who felt the signing of the Asian Heritage Month bill helped jump-start efforts to increase AAPI awareness across the country. "[Until then] I think we just felt so minimized, and so not appreciated or recognized."

2021 marks the 31st year of Asian Pacific American Heritage Month. Given the rise in Asian hate crimes across the country, Neil Bush said his father would have felt the extra urgency to celebrate this month and contributions of Asian Americans: "He clearly would believe that the racist actions against Chinese Americans and Chinese people, or people of Asian descent [being] bigoted against these days, he would find it abhorrent."

The elder Bush also believed in lifting Asian communities up closer to home. In Houston, he was a regular at Hunan Restaurant, owned by Gigi Huang's father, who immigrated to America and initially supported his family as a bartender. When Bush became president, the Huang family was invited to a state dinner.

"My dad just couldn't believe it, that someone of his background could have made it this far," recalled Huang, who is now a realtor. "I think that's a perfect example of the American dream. It happened for my dad."

Huang's dad rose from a bartender to a seat next to the president. Yet the question lingers, where does the American dream stand for Asian Americans of today? How can Asian Americans and Pacific Islanders achieve their dreams in the years to come without running through the gauntlet of racist attacks we have seen during the COVID-19 pandemic?

"We have to stand up for ourselves as Asians," said Cole, who now helps fund community projects that lift up women and Asian Americans. "We have to correct people when they're treating us badly. We have to support others."

"We need to be sharing experiences with each other," offered Quan, who represents many Asians in their quest for American citizenship as an immigration attorney. "It's not just Black Lives Matter for Black lives. It's not just anti-Asian violence that we're here to fight. It's all of us together, working together to make a better society."

"Be open-minded learn about each other," said Huang. "I think we can all be happy that way."

Perhaps, someday, when future generations of Texans are asked that ubiquitous question: "Where are you from?" They can just say, 'The Lone Star State.'"

And that would be enough. 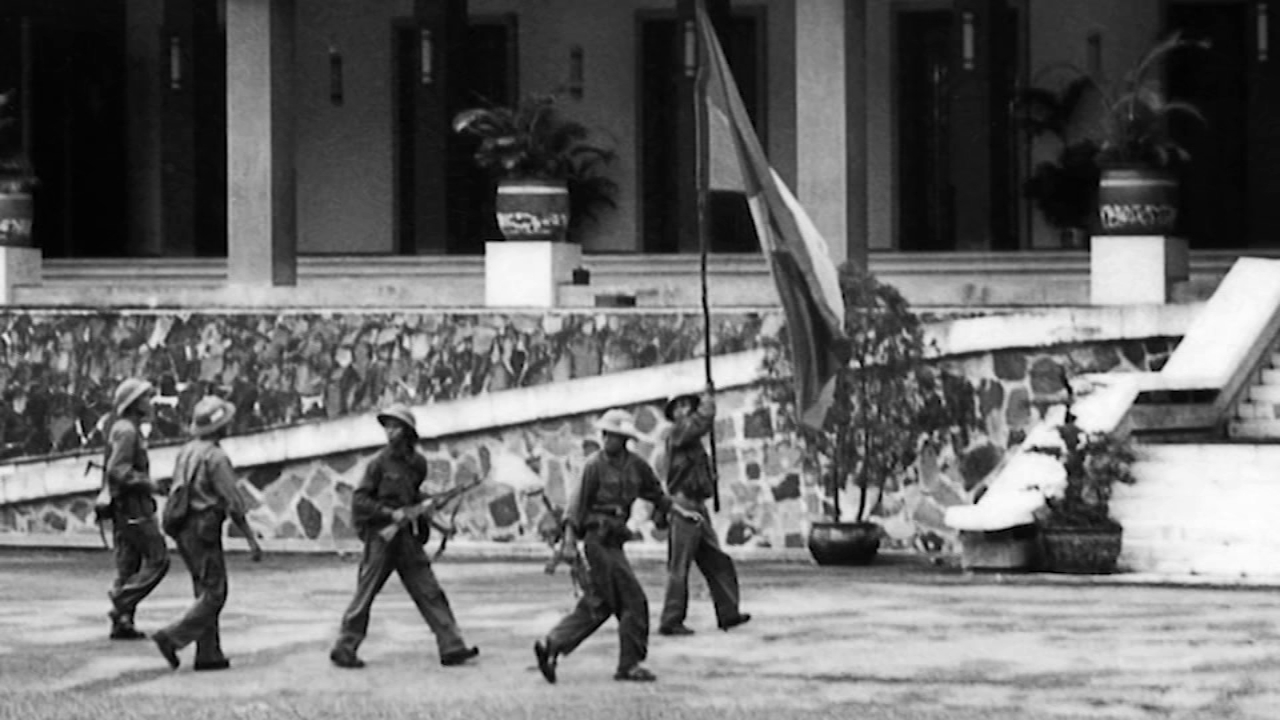 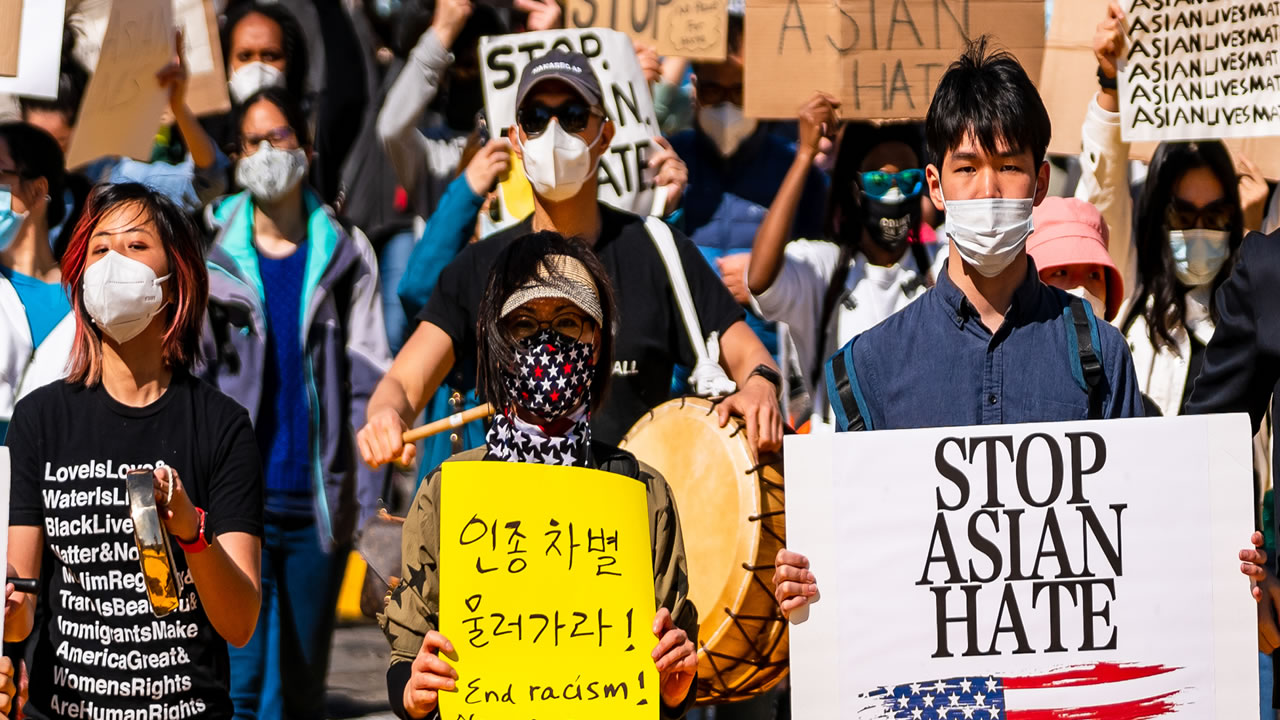 More in US blame Asian Americans for COVID-19, study finds