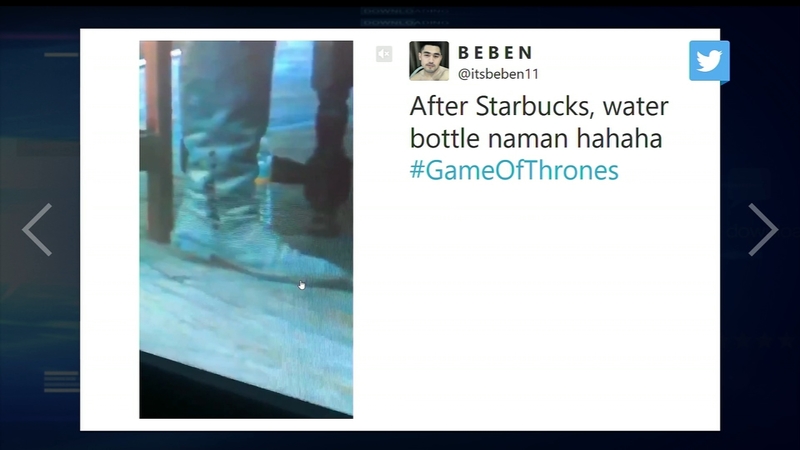 While the "Song of Ice and Fire" is now complete, many "Game of Thrones" fans continue the discussion of coffee and water.

Millions of fans tuned in for one of the most anticipated series finales in TV history.

As fans discuss the finale, many are also talking about a water bottle.

Just two weeks after eagle-eyed viewers spotted a rogue takeaway coffee cup in an episode of "Game of Thrones," some noticed a water bottle on set.

It's slightly hidden behind a Samwell Tarly's foot.

a water bottle in King’s Landing!! #got #gameofthrones pic.twitter.com/mwGQlsLwnh

Samwell Tarley: I wonder if my foot is blocking this water bottle.
Also Sam: I wonder if anyone even knows who the F is seated to my right.#GameOfThrones pic.twitter.com/7tl8KpQeRg

HBO digitally removed the coffee cup and will likely do that to this scene too.

Just like the day after the Super Bowl, a lot fans will not show up for work today.

According to a workplace survey, an estimated 4.9 million Americans will skip work today by calling in sick or using a last minute vacation day.

Another 3 million are expected to arrive late today.

Just like every hit, nothing is really over. HBO has at least three spin-off series in the works based on the books of author George R.R. Martin, including a prequel.

It has reportedly started filming already and could air sometime in 2020.