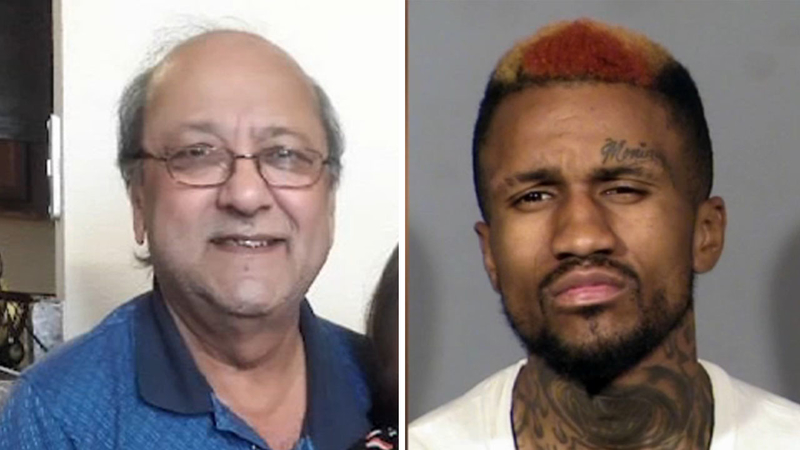 Man accused of shooting and killing clerk during robbery

SUGAR LAND, Texas (KTRK) -- It appears justice may be served more than three months after a store clerk in Sugar Land was shot and killed on the job.

Treveon James Young was taken into custody in the Las Vegas area in connection with the murder of 63-year-old Hamid Lakhani.

Law enforcement said he was on another crime spree, was using a fake name, and was already jailed for other charges including grand theft auto.

However, Perveen still feels almost unbearable grief over losing her husband of 41 years.

"I'm trying to manage myself. Feeling alone. Sometimes I feel depressed, but my daughter is supporting me a lot," she said.

Young, who faces a murder charge, has been behind bars on a number of felonies across Texas.

According to police, three others stormed the WB Food Mart on West Bellfort with Young on Aug. 31 when Hamid died. A 17-year-old girl and two 16-year-olds were already arrested in the case.

Police say Hamid Lakhani was shot while on the job Saturday night during a robbery.