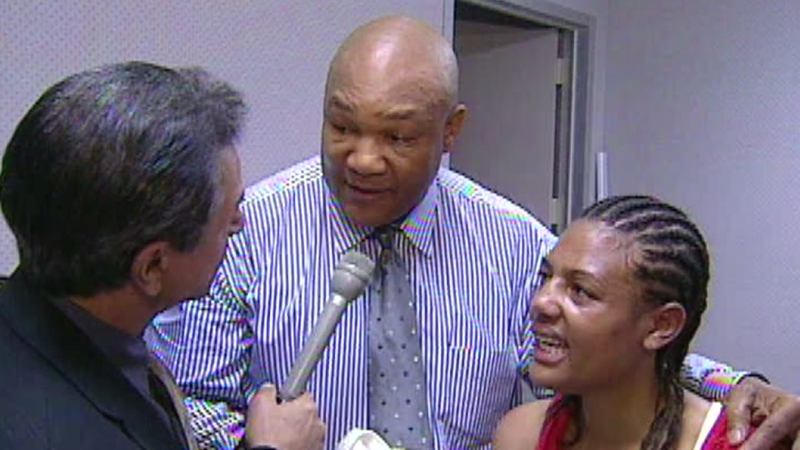 The 42-year-old Foreman was found unresponsive inside her home. Homicide investigators determined there was no foul play, but she was found hanging in the closet.

Foreman followed in her father's footsteps, becoming a professional boxer in 2000.

Foreman won her first five bouts before losing a year later. She finished her professional career 5-1 with three knockouts, before leaving the sport to focus on raising a family and becoming a boxing promoter.

Once enemies in the ring, Houston-native George Foreman reflects on his friendship with Muhammad Ali after the champ's passing.