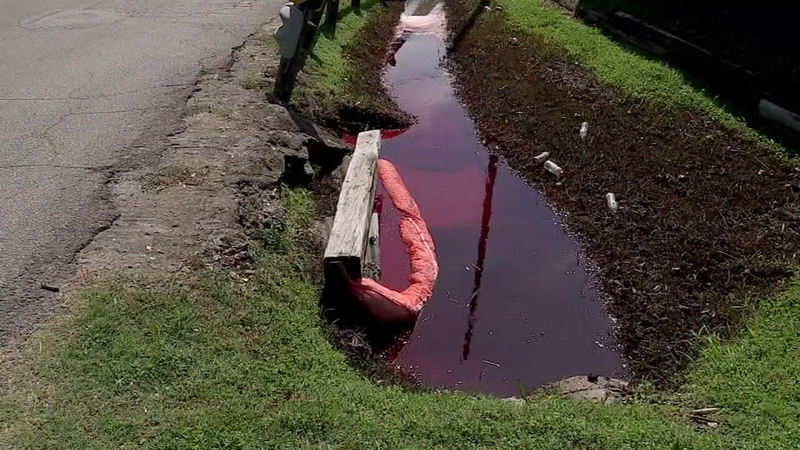 HOUSTON (KTRK) -- A massive fire destroyed a warehouse in northwest Houston Thursday and now residents are now being cautioned to avoid the water run-off nearby.