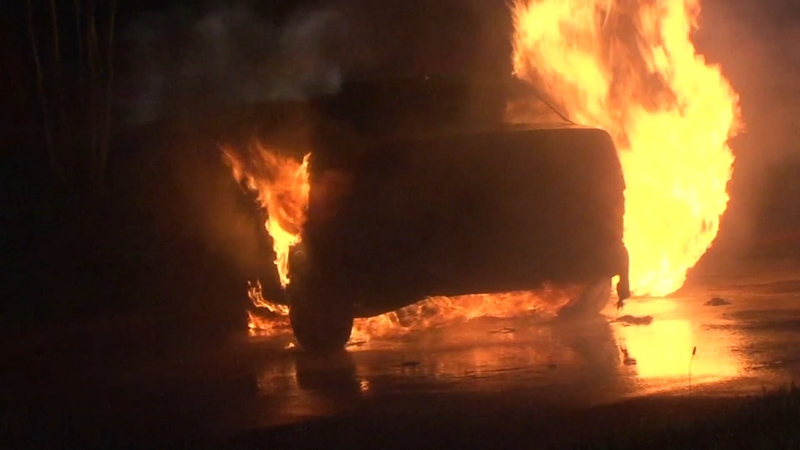 HOUSTON, Texas (KTRK) -- The driver of a car that lost control on a northwest Houston street died early Wednesday in a fiery crash, authorities said.

The vehicle burst into flames after crashing into a tree, according to Houston police. It wasn't clear if the impact of the crash or the fire was the cause of death.

Authorities were still working to identify the man inside the vehicle and were looking for nearby surveillance video to help determine what led to the crash.

It was the first of at least two fatal crashes in the Houston area overnight. An innocent woman was killed and four others were injured on Westpark Tollway Wednesday morning when a wrong-way driver collided into her vehicle.