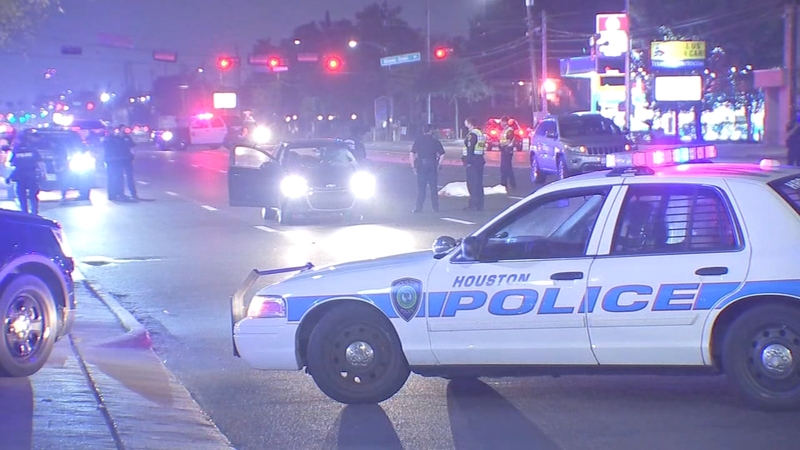 HOUSTON, Texas (KTRK) -- A man attempting to cross a busy west Houston thoroughfare was killed Saturday morning in the second fatal pedestrian crash in a 24-hour period on the same road.

It happened around 1 a.m. on Westheimer near Hillcroft.

The victim was walking in the middle of the road when a driver struck him, according to Houston police.

Investigators said they do not believe impairment was a factor in the crash and that it appeared to be a tragic accident.

There was no word on the victim's identity in the Saturday morning incident.

Just a day before, a person was taken into custody after a fatal crash a block away.

Houston police say a woman was trying to cross Westheimer on Friday morning near Stoney Brook when she was hit by a car.

The pedestrian was pronounced dead at the scene.

The driver pulled into a convenience store and contacted police.

The female driver was suspected of driving under the influence and will be charged with DUI, police say.