People lined up along Interstate 45 Saturday morning to salute the procession as it made its way north. 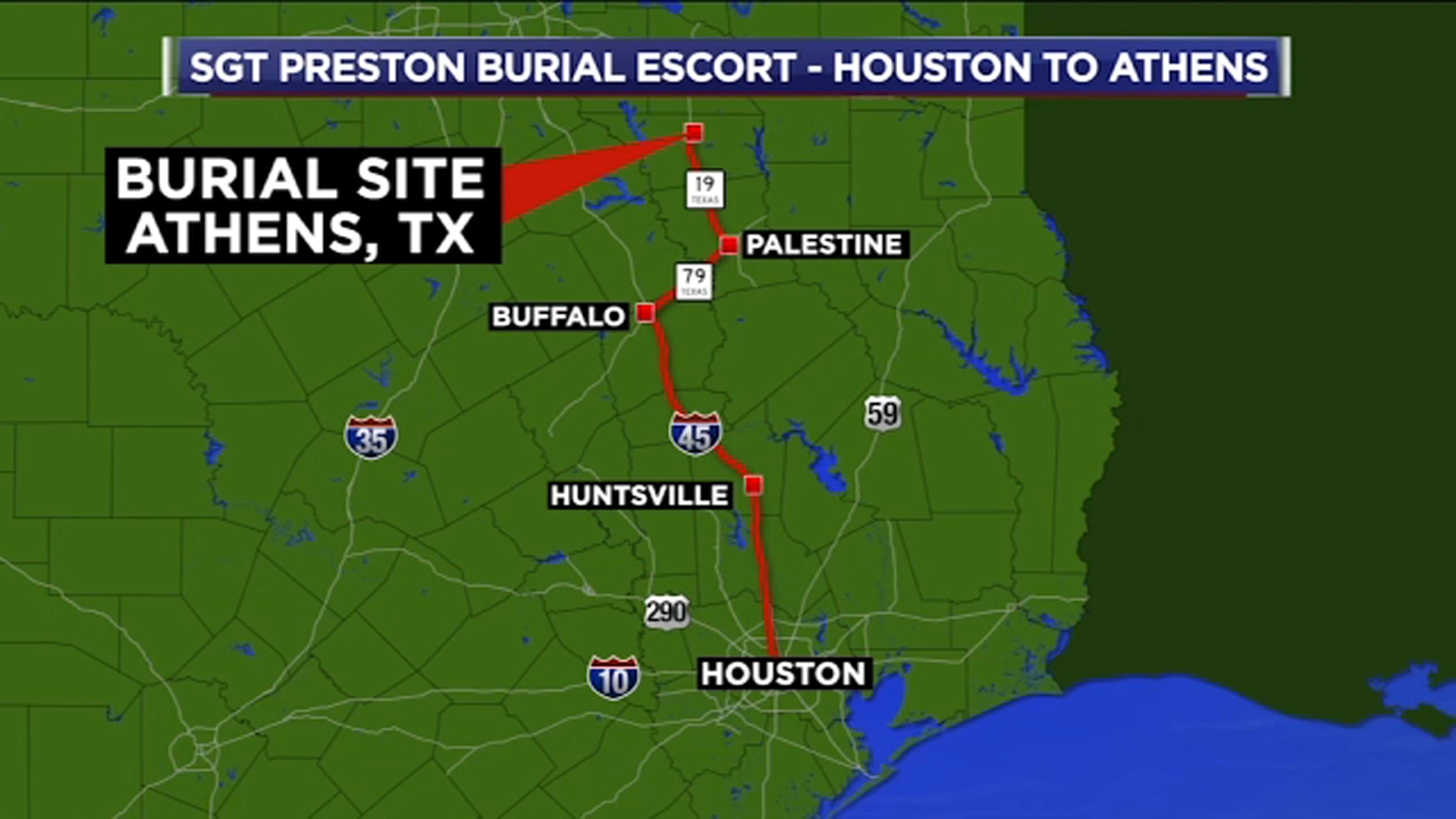 Preston was buried in a private service in the town where he grew up.

The fallen sergeant was honored by his friends and family during a service in Houston on Thursday.

Houston Mayor Sylvester Turner has asked that the city of Houston lift up his family in prayer, including his 23-year-old daughter.
EMBED More News Videos