Despite their young age, these young performers from Houston have already released three albums and perform across the country. But their rise to fame started with social media.

"I said, 'I think I'm going to make a fan page for them,'" said their mother, Indira Rivera. "So I started doing that and a lot of people got onto the page, and now they have maybe 400,000 subscribers on YouTube."

The siblings not only sing, but play their instruments at the same time.

"Last year, we sang in the Mayor's Holiday Celebration," said Yaxeni. "It was awesome. It was the first time that we had played in Houston. It was so special playing in the place that we've grown up in and we live."

"For us, they're part of our family, all the people that follow us," said Ricardo.

The siblings performed at CITGO Freedom Over Texas in the Wal-Mart All-American Kids Zone. 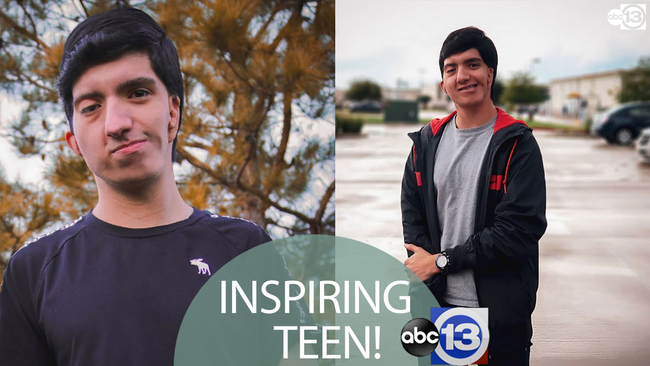 What would it take for bars to reopen in Texas?
Humble ISD cyberattacked on 1st day of school
Russia registers COVID-19 vaccine, Putin's daughter given it
You could get in trouble for getting mysterious packages in mail
Lessons for schools after many bus drivers get COVID-19
Show More
UH football player opting out of season over health concern
Cy-Fair ISD plans to adopt resolution condemning racism
Parents at Cy-Fair and CCISD protest back to school plans
2020's 'best' meteor shower lights up night sky, peaks tonight
1 killed in fire at group home for people with special needs
More TOP STORIES News