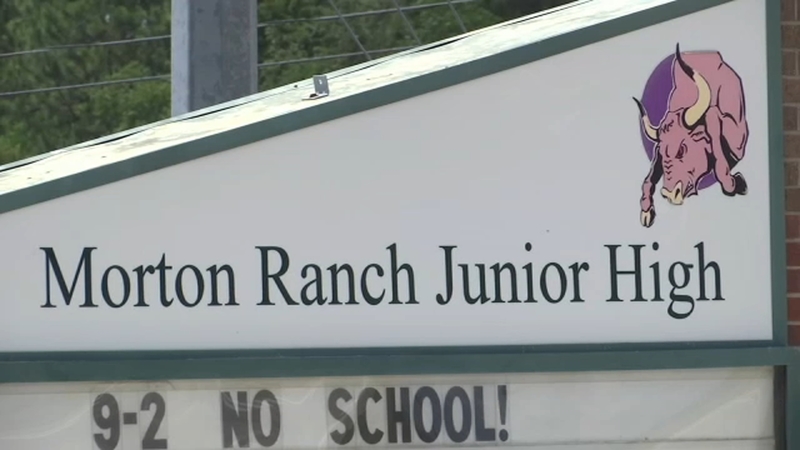 KATY, Texas (KTRK) -- We're not even a month into the new school year, and Katy ISD has investigated a social media post containing a threat against a campus.

The school district told ABC13 the post by a Morton Ranch Junior High School student turned out not to be a threat. The student, though, still faces disciplinary consequences as a result of the post.

According to Katy ISD, another student used the district's new anonymous reporting app to alert officials.

Experts explained the app's use is a good thing, with more information landing in the hands of law enforcement officers who can catch real threats before they're carried out.

"The anonymous reporting platform is a requirement now," said Rania Mankarious, CEO of Crime Stoppers of Houston. "Because there's value. Kids don't want to be retaliated against. They don't want people to know they've called. But at the same time, they know what's going on and they're either afraid or they're concerned."

As hundreds of thousands of kids head back to campuses this month, experts recommend now as the time for parents to speak with them about paying attention to words and language, especially with what's used with friends online.

Parents are also urged to monitor their kids' behavior on mobile devices and social media accounts.

"It's getting worse because kids have more tools in their tool belt," Mankarious said. "Parents have full right to have full access to everything on that phone. Not just to watch your child and what your child is putting out into the world, but also to who their interacting with, what they're seeing and the type of content they're consuming."

The same app in Katy ISD can also be used to anonymously report bullying.

Going a little further over at Houston ISD, interim superintendent Dr. Grenita Latham said it is rolling out a new system to help parents track their kids' movement on school buses.