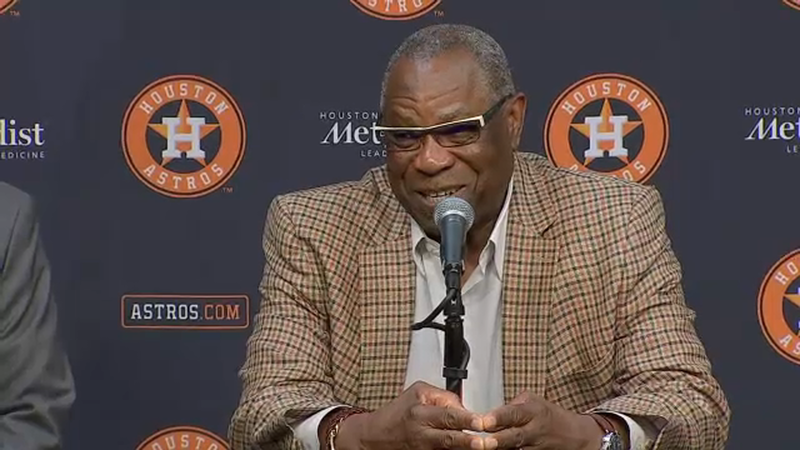 HOUSTON, Texas (KTRK) -- The Astros' "cool" 72-year-old skipper who just completed the team's latest World Series run will be back in the dugout for at least one more year.

Dusty Baker and the Astros agreed to a one-year deal that will allow the manager another go at an American League pennant despite anticipated changes to the coaching staff and lineup.

Baker was hired on a two-year contract in 2020 in the wake of Houston's sign-stealing scandal that saw their former manager AJ Hinch and former general manager Jeff Luhnow both get fired by the organization.

SEE ALSO: Where do we go from here? These Astros stars might not be back

In his short stay in Houston, Baker has led the Astros to back-to-back AL Championship Series, not to mention the World Series berth this past season.

Baker has spent 24 years in the majors as a manager, but has yet to win a title in that role. He does have a World Series ring from his playing time as a Los Angeles Dodger.

With a title as a manager eluding him again, Baker said after his team's Game 6 loss that there's unfinished business when asked by a reporter if he wanted to come back to Houston.

"Yeah, because we've still got some unfinished business. I mean I love these guys. I love the town of Houston. The fans are behind us," Baker said.

Baker will already be without pitching coach Brent Strom, who confirmed he'll be leaving the club.

La Piña is staying! Fans can now relax a bit knowing this. In a one-year contract for $8 million, the star is actually taking a pay cut to stay in Houston.