Yuli Gurriel 'back in H-town' for 2022 Astros season 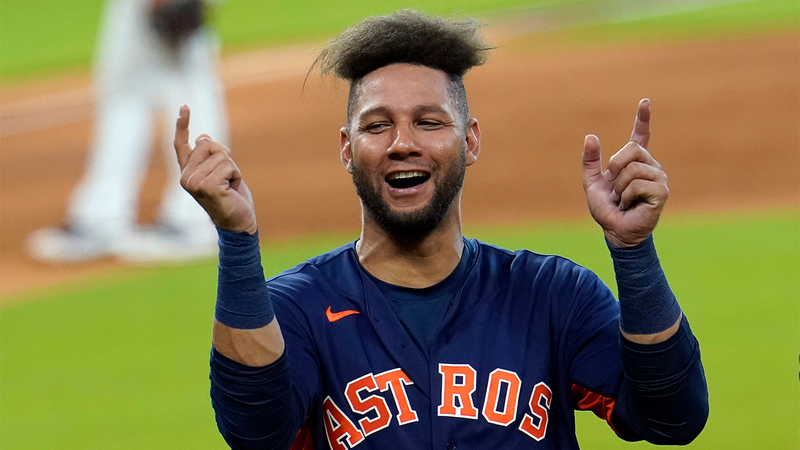 Yuli Gurriel 'back in H-town' for 2022 Astros season

HOUSTON, Texas (KTRK) -- Known for a hairstyle that earned him the nickname, La Piña, first baseman Yuli Gurriel announced he will return with the Astros for the 2022 season.

The American League batting champion re-signed to a one-year contract for $8 million. It's all part of a club option the organization picked up.

Gurriel entered the free agency list this year which is why a club option, or an option year that may be guaranteed at the discretion of the club, was on the table.

In this deal, he is actually taking a pay cut to stay with Houston. According to ESPN, the $8 million is a cut of nearly 20% from his 2020 deal.

Happy and grateful to announce that I’ve been informed by the team, that I’ll be an Astro next season. I’ll be back in H-Town in ‘22. Let’s go get it! #ForTheH

So now fans can relax a little knowing that at least this super star is returning. But, some anxiety still lingers as there's still uncertainty about one guy.

The shortstop, who has been with the franchise since he was selected with the first overall draft pick in 2012, is a free agent.

Although the team fell to the Atlanta Braves in the World Series, Correa had a great season, hitting a career-high 26 homers with 92 RBIs.

"I was just thinking this is crazy how you spend - and you give your life and everything you have to an organization and then one day you don't belong to the organization anymore just in a matter of seconds," Correa told The Associated Press. "So it's obviously tough to process."

More news on whether manager Dusty Baker will stay may also be revealed at a news conference at Minute Maid Park on Friday.