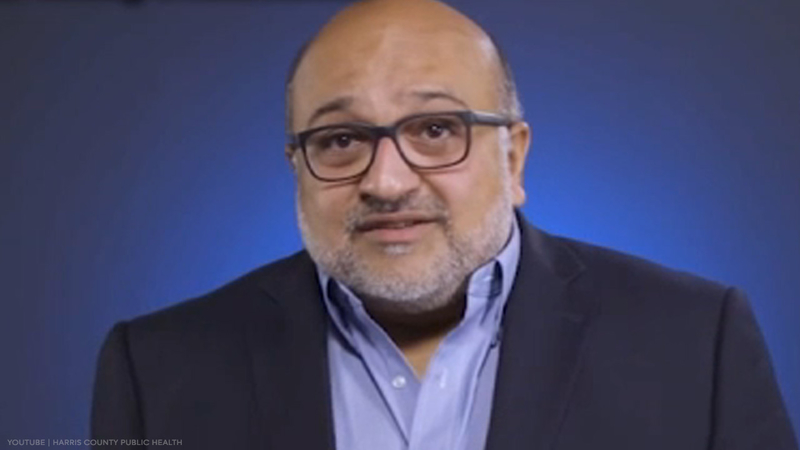 According to a news release issued on Thursday afternoon, Dr. Hasan Gokal stole the vial that contained nine doses while working at the county vaccination site at Lyndsay Lyons Park in Humble on Dec. 29.

"He abused his position to place his friends and family in line in front of people who had gone through the lawful process to be there," said Harris County District Attorney Kim Ogg. "What he did was illegal and he'll be held accountable under the law."

Gokal is being prosecuted by the Public Corruption Division of the Harris County District Attorney's Office.

He's being charged with theft by a public servant. The Class A Misdemeanor carries a penalty of up to a year in jail and a $4,000 fine.

"I can confirm all the details in the news release sent out by the DA's office are accurate. Harris County Public Health took immediate action upon learning of improper handling of vaccines, to include alerting authorities. However, given that this is an ongoing investigation, we have to refer you back to the DA's office for any comment or interviews."

"Dr. Gokal is a dedicated public servant who ensured that COVID-19 vaccine dosages that would have otherwise expired went into the arms of people who met the criteria for receiving it. Harris County would have preferred Dr. Gokal let the vaccines go to waste and are attempting to disparage this man's reputation in the process to support this policy. We look forward to our day in court to right this wrong."

Gokal had been one of the faces of Harris County Public Health during the pandemic, featured in videos and on townhall panels.

"If the accusation against Dr. Gokal is true, he has committed a significant breach of the public's trust in the medical profession," said Woods Nash, an assistant professor of bioethics and medical humanities at the University of Houston College of Medicine. "We trust doctors and other health care professionals to put the interest of their patients, and the public, ahead of their own goals and desires. That expectation of altruism is not altered by the pandemic. If anything, the pandemic only increases the urgency of setting aside self-interests that conflict with the public good."