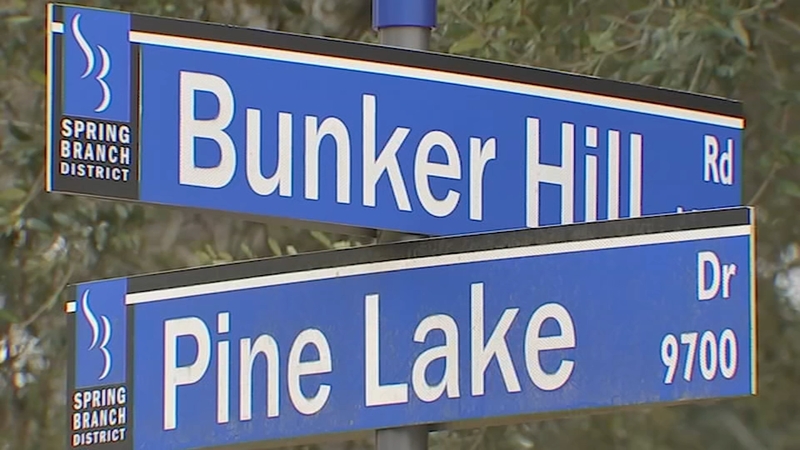 HOUSTON, Texas (KTRK) -- People who live at Villas At Bunker Hill in the Spring Branch area say they're on edge after receiving an email from management saying a tenant out walking their dog was robbed at gunpoint, only to lose their pet when it was shot to death.

It happened on Friday, Jan. 15. The Houston Police Department said it received a call about two suspects who attempted to rob a man at around 10:30 p.m.

The victim told investigators the suspects both pulled out guns and demanded his wallet. That's when the victim said his dog attacked one of the suspects. The dog was shot twice before the suspects ran off.

People who live at Villas at Bunker Hill in the Memorial City area are on edge after apt management sent out a letter telling them a tenant was robbed at gunpoint, while walking their dog, and their dog was shot and killed. @abc13houston pic.twitter.com/YFTGH4etF8

Five days after the incident, the apartment complex's management sent out a letter to its tenants alerting them of the incident and said it took place right outside the property.

"We feel for whoever's dog it was," said resident Nicole Swarr. "We have two big dogs. We heard it was a German Shepherd. Everybody thinks it's going to be not them, so kind of prepare yourself and keep yourself alert."

According to police, since Dec. 1, 2020, officers have responded to 11 calls for service in the area. The majority of the calls were to report burglary of a motor vehicle, but one call was to report an auto theft and another was to report the robbery involving the dog.

Those living at the complex told Eyewitness News they're concerned and say the entrance gate hasn't been fixed in a while. They believe that has led to an increase in crime.

"The gates are always broken and there is crime to the point where cars are being stolen, vehicles are being put on blocks and stolen," said one resident who wished to remain anonymous.

ABC13 reached out to management at Villas At Bunker Hill for a comment regarding tenants' concerns about the facility's gate, but has not received a response.

Meanwhile, anyone with information regarding this incident is asked to contact Crime Stoppers at 713-222-TIPS or the Houston Police Department's Robbery Division.