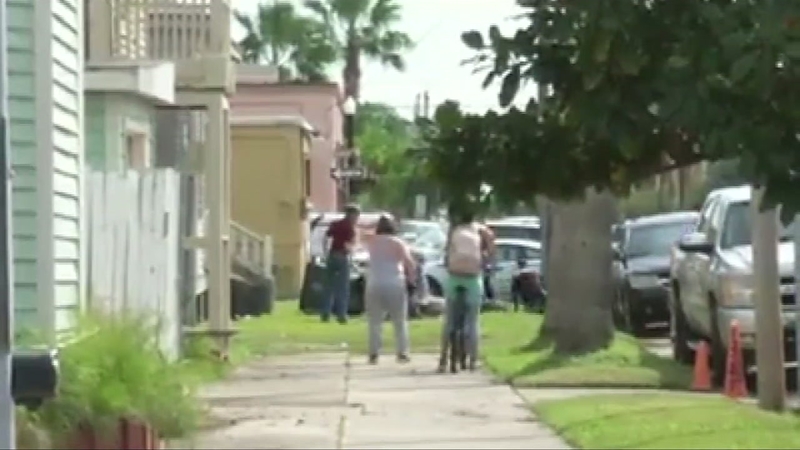 GALVESTON, Texas (KTRK) -- A woman who was severely injured after she and her dog were violently attacked by another canine in Galveston is in stable condition after undergoing surgery. Authorities say she might need more.

The incident happened on Friday around 1:30 p.m. on 312 14th Street near Tony's International Car Care.

Employee Joe Hernandez was working when he heard a noise.

Hernandez and a couple of other strangers sprung into action and attacked the dog with their fists, wood, and weapons.

"I pulled my knife out, and I stabbed him," Hernandez recalled.

Sean Brookins took video of the attack and stopped when he realized how serious the woman's injuries were.

"I was literally just doing, I'm former military, what I was trained to do," Brookins recalled. "(I tried to) stop the bleeding. Tried to make people as positive as possible. Make sure the threat doesn't repeat."

Despite risking their own lives, bystanders said they have no regrets coming to the woman's defense.

The victim's dog was also injured during the attack, but only faced minor injuries.

The investigation is still on-going.


WARNING: The video may be disturbing to some viewers.