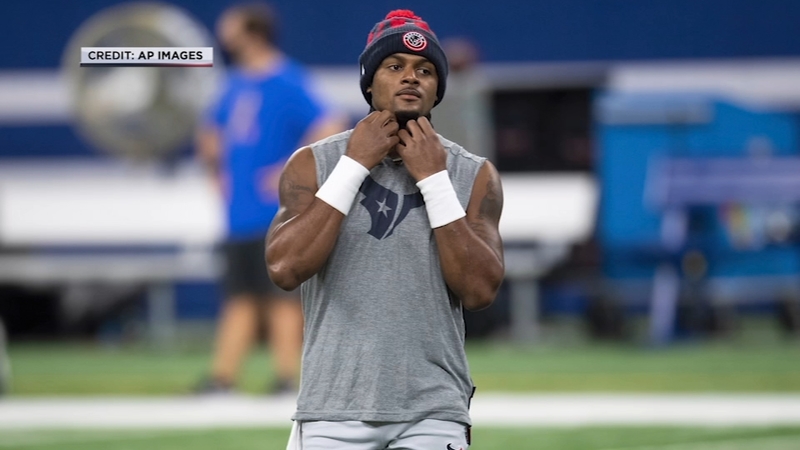 HOUSTON, Texas (KTRK) -- Another lawsuit has been filed against Deshaun Watson, this one alleging the Houston Texans quarterback assaulted a licensed esthetician "by touching her with his penis and exposing himself."

The lawsuit, filed Friday night and made available on the Harris County District Clerk's website on Monday, says "Watson's behavior is part of a disturbing and escalating pattern," was the 22nd filed by Houston attorney Tony Buzbee since March 16.

The plaintiff alleges Watson "grabbed" her buttocks during the massage while his "penis was erect ... and completely exposed." The lawsuit alleges Watson told the massage therapist she had to sign a non-disclosure agreement before he would pay her for the massage.

The lawsuit says, "based on publicly available information, in a short time frame ... Watson used more than fifty different women for massages" and alleges that "Watson selected all of these women via social media, mostly through Instagram and through Snapchat."

The suit emerges ahead of a Buzbee press conference Tuesday to address "important and significant developments."

The press conference will be held at noon at the Chase Tower downtown.

The Houston Police Department said a report had been filed against Watson, according to a tweet posted on Friday. HPD is now conducting an investigation into the case.

Rusty Hardin, who is representing Watson, responded to HPD's announcement on Friday with the following statement:

"We welcome this long overdue development. Now we will learn the identity of at least one accuser. We will fully cooperate with the Houston Police Department."

Watson is accused of sexual assault and inappropriate conduct during massage sessions.

The NFL said in a statement Friday that it is "continuing to monitor all developments" pertaining to the league's personal conduct policy, and the Texans said in a statement that they would stay in close contact with the NFL during its investigation.