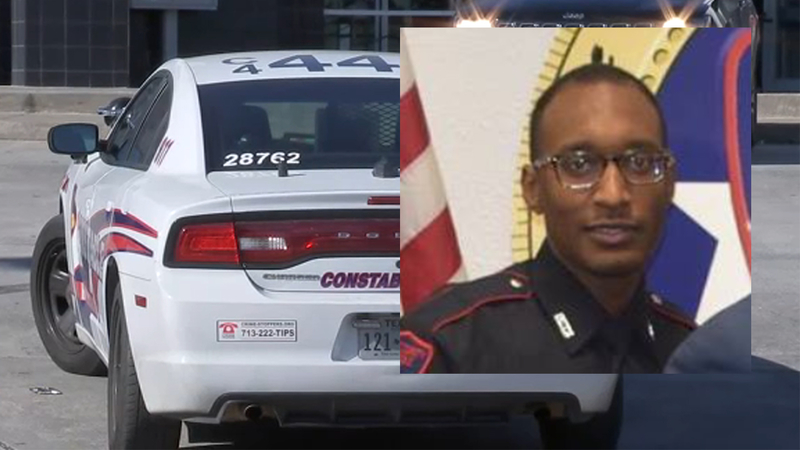 HOUSTON, Texas (KTRK) -- A Harris County Precinct 4 deputy constable was shot to death and two other constable deputies were wounded early Saturday in what authorities are calling an ambush at a north Houston nightclub.

It happened around 2:15 a.m. in the 4400 block of the North Freeway near Crosstimbers at the 45 Norte Bar and Lounge.

The deputies were working an extra job at the nightclub when they tried to respond to a disturbance outside that may have been a robbery, according to Houston police, which is taking the lead in investigating what exactly happened.

As two deputies were trying to detain someone, that's when a second suspect with a rifle came around a car and fired several shots at those deputies, according to HPD Executive Assistant Chief James Jones. Both of them were hit. It was one of these deputies who was fatally shot.

A third deputy heard those shots and came running. That's when that deputy got shot.

Deputy Kareem Atkins, 30, was the one who died from his gunshot wounds. Atkins had been with Precinct 4 since January of 2019, and according to Herman, he had just returned to work from paternity leave after he and his wife had a baby. He now leaves behind his wife and two children. 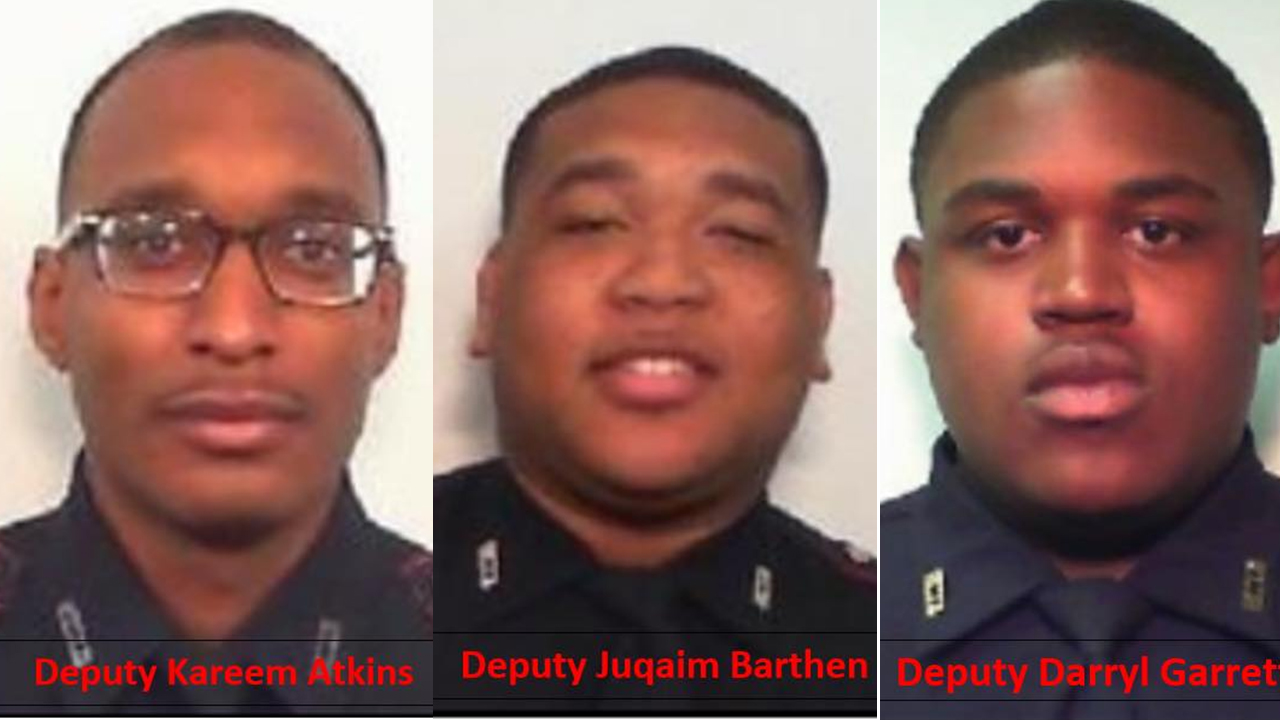 Garrett took the position at Precinct 4 back in March of 2018. He underwent surgery from the gunshot wound to his back and was in the ICU at Memorial Hermann Hospital. No update was given on Barthen other than the fact that he, too, was shot and immobilized. Barthen has been with Precinct 4 since September of 2019.

Press play to hear Precinct 4 Constable Mark Herman give an update on the shooting that killed one constable deputy and wounded two other deputies.

It wasn't yet clear if the deputies were able to return fire, according to Jones.

"I just left Hermann Hospital where I sat in a room with one of my dead deputies who was ambushed by a coward," Herman said outside Memorial Hermann Hospital hours after it happened. "It's probably one of the hardest things I've done in my career. I'm asking for all our community's thoughts and prayers for their families."

On Saturday, Pct. 4 said Houston police said they had a suspect who was taken into custody near the scene. On Sunday, authorities said that after interviewing that individual, they do not believe he was the shooter.

"What happened tonight was evil," Herman said. "And now, the good is going to sweep in, and I hope for swift justice. I know that the Houston Police Department is going to do a very thorough investigation."

"My main concern is my injured deputies and their families," Herman continued.

Authorities were searching for a Hispanic man in his early 20s wearing a white T-shirt and blue jeans, who's believed to have been the shooter. He was described as a heavy set man with a beard.

There was a heavy police presence in the area of the nightclub, and medics could be seen by witnesses tending to people who were injured.

Harris County sheriff's deputies, deputy constables and Houston police officers could also be seen searching an area off the freeway including a hotel at one point after the shooting.

Residents who live near the area were also devastated when they heard the news.

"When I heard about this one, I actually got on my knees and started praying because this has happened again," said one woman who goes to school in the area. "To know this happened near my school, it's devastating."

At around 10 a.m., a procession was held for the fallen deputy from Memorial Hermann Hospital to the medical examiner's office. Several other constable deputies lined up and paid their respects.

A procession got underway for a fallen Harris Co. Pct. 4 deputy from Medical Center to the medical examiner's office.

As Chief Jones said earlier, our hearts go out to the families of the deputies and the men & women of Harris County Pct. 4.

Currently, there are no updates in the investigation. Any developments in the case will be posted here.#hounews https://t.co/B9s2CCCneX

We are praying for the Constable Deputies who were ambushed this morning. There is an ongoing investigation and we hope the suspect(s) are caught. https://t.co/izufChdz9P

@PearlandPD is saddened by the news of the loss of a Harris County Deputy Constable who was killed in the line of duty early this morning. Continued prayers and support to the brave men and women of the Harris County Constable Office 4th Pct. during theses difficult times. pic.twitter.com/kk9h5yplzC

Our dear friends at @Pct4Constable are mourning the loss of one of their own today while two more deputies remain in the hospital. Please join me in prayer for the families involved. Fly high, we’ve got it from here. pic.twitter.com/fuEWl8qezk

This deadly shooting comes nearly a month after a Houston police officer was killed, and another was hurt, during a shooting in northeast Harris County.

This is a developing story.