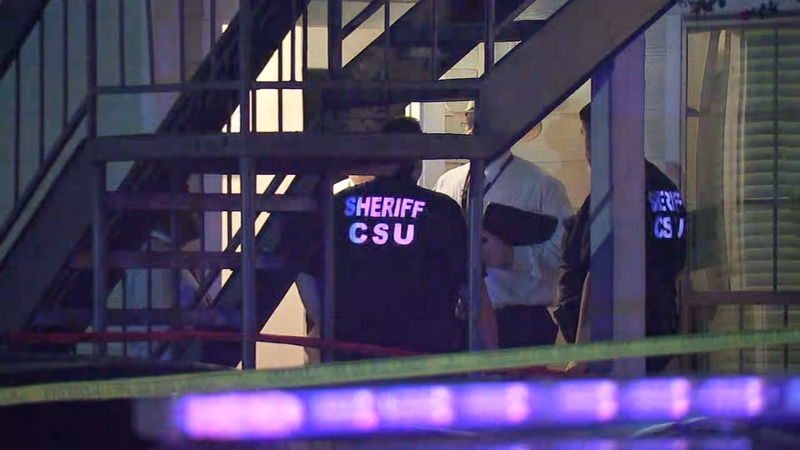 HARRIS COUNTY, Texas (KTRK) -- A man was shot by a Harris County sheriff's deputy early Saturday after authorities responded to an assault report at a north Harris County apartment complex.

It happened around 4 a.m. in the 900 block of Cypress Station Drive.

A woman at the apartment wasn't able to call 911, so she texted 911 on her phone to reach authorities, deputies said. She texted dispatchers that her husband had assaulted her, according to the Harris County Sheriff's Office.

"It saved her life tonight. I really think had our deputies not arrived in time, she probably may have been killed tonight," chief deputy Edison Toquica said.

Deputies said the man was aggressive when they arrived and they used a taser to attempt to subdue him, according to Toquica. The man then went into the kitchen and came back with knives. A deputy opened fire and struck the man, who was taken to a hospital.

He was taken into surgery and was expected to survive, authorities said.

The deputy involved in the shooting was justified in opening fire, Toquica said.

A two-year-old child was also inside the home during the incident but was not hurt.

The suspect, who was not identified, was out of jail on bond for misdemeanor and felony assault of a family member and has faced charges in the past for assaulting the victim.