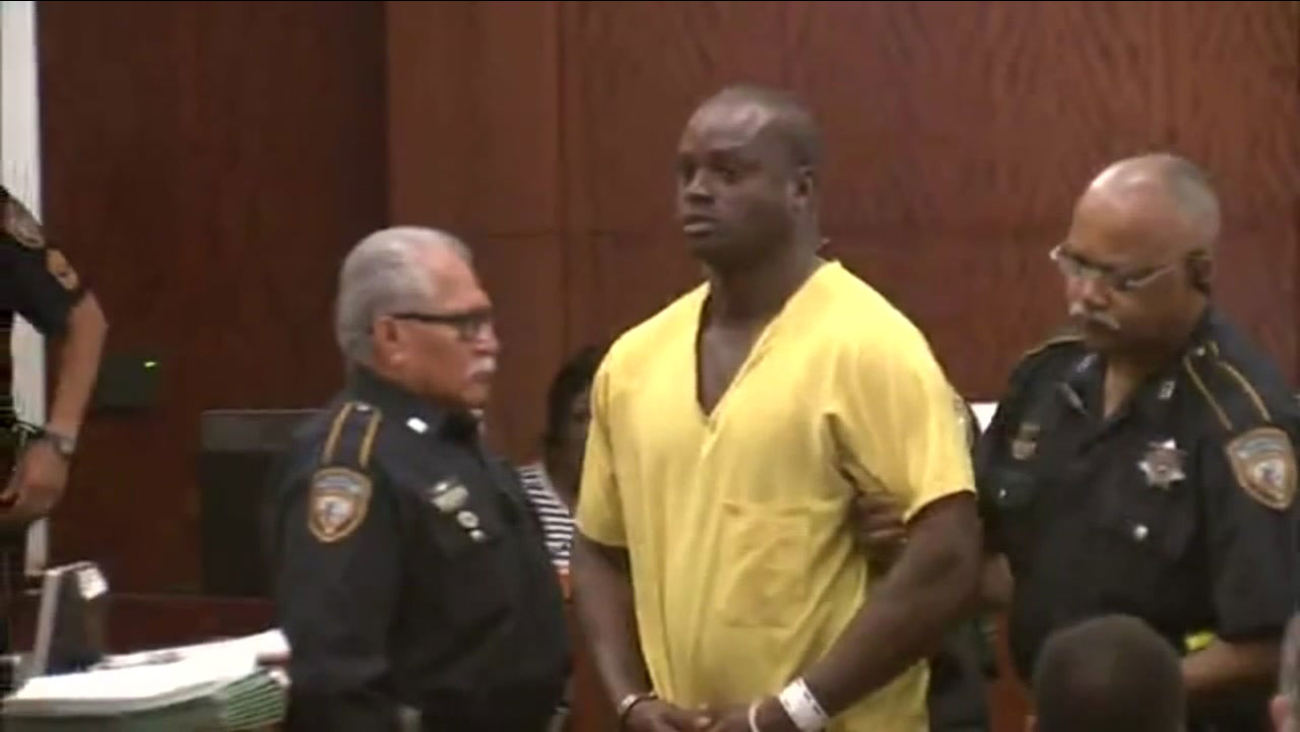 HOUSTON (KTRK) -- There is little action outside the Northwest Harris County house where murder suspect Shannon J. Miles lived. The grass is overgrown, and nobody answers the door.

However, in search warrants released Friday, we are learning what detectives uncovered inside the home just hours after the murder. A Smith and Wesson gun in a blue bag, a box of bullets, and a number of cell phones were recovered.

The documents also show investigators found a damp load of laundry with a white T-shirt. The shirt is consistent with what the alleged shooter Miles wore the night of the brutal killing.

At a news conference Friday, Sheriff Ron Hickman did not discuss specifics of the investigation. It remains unclear what the motive behind suspect Shannon Miles alleged crime may be.

On August 29, just hours after the murder, Sheriff Hickman discussed heated rhetoric against police having a possible influence.

"This rhetoric has gotten out of control," he said at that time. "We say Black Lives Matter, all lives matter, well cops lives matter too, and so why don't we drop the qualifier and say Lives Matter."

At one point, staffers tried to shut down our questioning. But eventually the sheriff answered our questions, saying simply, he doesn't yet know,

"I don't try the man on motivation, and I don't have a clue if they, I haven't heard a single thing about what material they found in the house beside the pistol," he said.

Miles is in jail without bond. He is next set to appear in court this October.