HUMBLE, Texas (KTRK) -- The Harris County Precinct 4 Constable's Office needs the public's help in identifying the suspect in a road rage incident after a man was shot while driving in Humble Monday.

Deputy constables responded to a case of road rage around 3:52 p.m. Monday in the 8700 block of Stagewood Drive.

According to Constable Mark Herman, the victim was backing out of a parking spot at the 7 Days Food Store on Kenswick Drive when his truck got close to the suspect's car.

Although Herman said the victim did not hit the suspect's car, surveillance video captured the suspect getting out and engaging in a verbal altercation with the victim.

Herman noted that it appears the suspect took something out of his car when the altercation began.

"We surmise it may have been a gun. We don't know," Herman said. "Investigation will continue."

After the victim pulled out of the parking lot in his truck, the suspect followed him several blocks away, pulled up alongside his vehicle, exchanged some words and fired two shots, Herman said.

The victim was struck in his lower extremities. He was taken to the hospital with critical injuries and is expected to undergo surgery Tuesday, Herman said.

Now, the constable's office is releasing the surveillance video, hoping someone can identify the suspect Herman describes as a "very violent individual."

"All we need to know is his name, and we'll do the rest," Herman said. "It is very, very important that we get this guy off the street."

Herman said the constable's office has teams ready to find the suspect and make an arrest as soon as he is identified.

Herman noted that details in the surveillance video indicate the suspect lives nearby.

"He's in house shoes. He lives close, obviously," Herman said. "We have scoured there, looking for the vehicle."

The black car that the suspect was driving had paper plates that could not be made out on surveillance video, Herman said.

The Stagewood Drive shooting was not the only Houston-area road rage shooting reported Monday.

A driver who was in his truck with his wife and their friend was shot in the leg while trying to get away from a gunman in north Houston, according to investigators.

Houston Police Department said officers responded to a report of a shooting in the 12300 block of North Freeway near Greens Road at about 10:45 a.m. Monday.

Police say the victim's wife was looking at the suspect's vehicle at the light just before the frightening ordeal unfolded.

Pizana said the victims were trying to get away when they were fired upon by both the driver and the passenger. One had a shotgun and the other had a handgun. The passenger was wearing a ski mask.
HPD reported a steep increase in road rage shootings last year. Through October, there was a 30% increase compared to the same time in 2019. Six shootings were deadly. 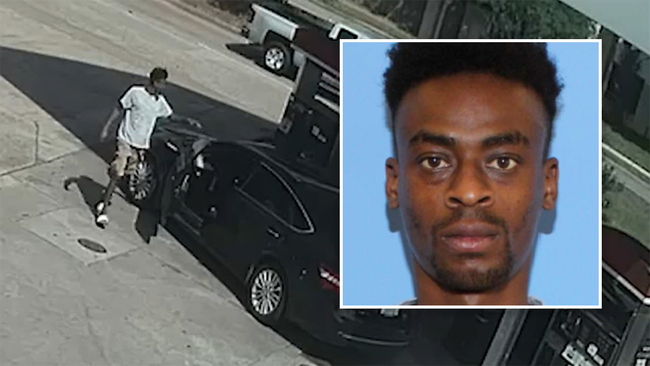 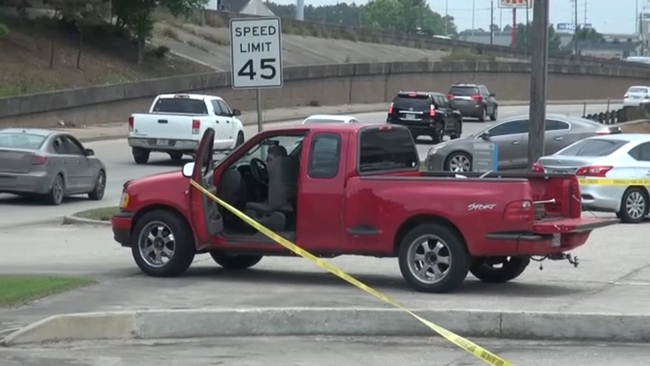