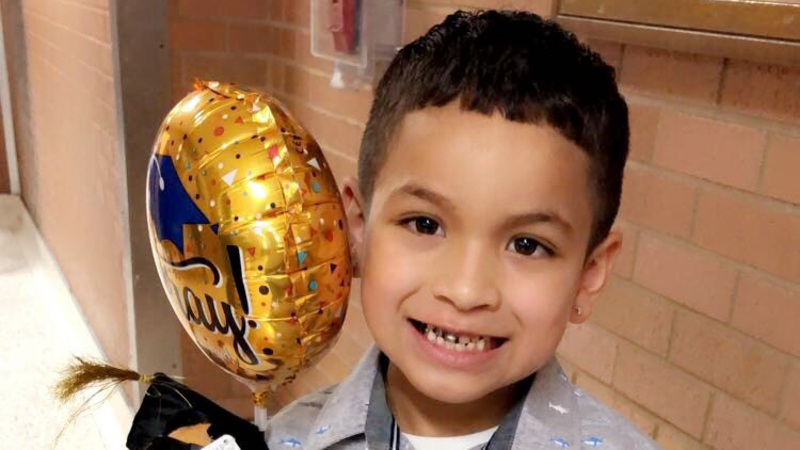 Mother calls out school for not allowing son's earrings

"It shouldn't matter the gender, it's just earrings," said Cantu.

Cantu recently decided for her son to go back to in-person learning at Carpenter Elementary School. She said the principal there told her her son's earrings violate the school's dress code policy.

Cantu says taking his earrings in and out is causing Damian to get an infection, so she sent him to school with band-aids over them, but she says still, that didn't work.

Selena Cantu believes Deer Park ISD is discriminating against her 7-year old son, Damian Jilote, because they won't allow him to wear his earrings in school.

"She (the principal) just keeps saying it's part of (the) dress code and, even though he put Band-Aids over them, he's still wearing them and she cannot allow him into the school," Cantu said.

She brought the issue up at a recent school board meeting and asked the district to revise its policy.

Administrators released a statement in response to ABC13's inquiry about the issue.
"Deer Park ISD has been in contact with a Carpenter Elementary parent regarding her concerns about the District student dress code. The dress code is established to reflect the values of the community and is included in the student handbook. All parents receive access to a copy of the handbook and dress code, which they must accept as part of the enrollment process. The student handbook is approved annually by the Board of Trustees. As we do with all parent feedback, the District has noted the parent's concerns, and they will be considered in the future."

Cantu, who says her son has been wearing earrings since he was little, is hoping the district finds some compassion and allows him to wear them.

"I feel like he should just be able to wear what he wants to wear if he feels comfortable," Cantu said. "He thinks he looks good in earrings and if he feels that way and he's confident with his earrings, why not let him do it?"

She says she has filed a complaint and says she's waiting for the superintendent to review it.

Cantu's complaint is the latest in a series of dress code concerns across the region this year. In August, a federal judge ruled that Barbers Hill ISD's policy on hair was discriminatory after two Black students were suspended over the length of their dreadlocks.

Transgender student at Louise HS says she is being forced to follow the dress code for a boy.

The American Civil Liberties Union weighed in with a letter to hundreds of school districts demanding that dress codes be revised, claiming the policies are unconstitutional and discriminatory.