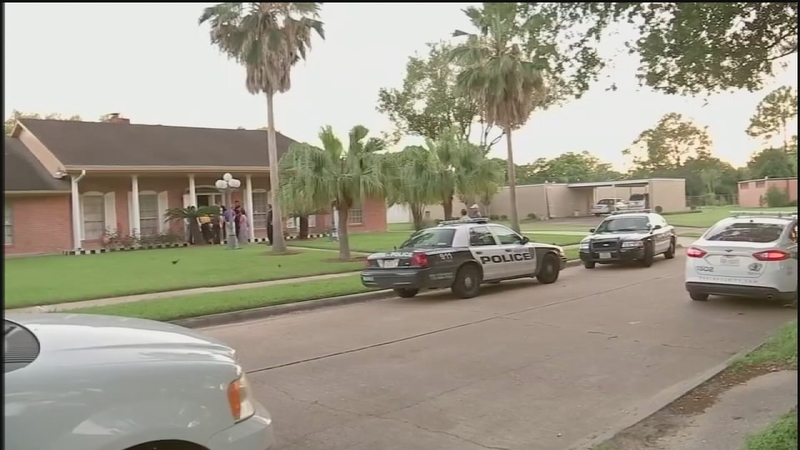 HOUSTON (KTRK) -- Police say an elderly woman was killed in a grisly attack in southwest Houston.

It happened Wednesday afternoon at a home in the 7800 block of Hiawatha as a 79-year-old woman was gardening in the backyard.

"She's just a sweetest woman in the world. I cannot believe something happen to her," said the victim's daughter-in-law, who didn't want to be identified.

Police say minutes before the attack, residents reported a suspicious man walking around in the neighborhood.

"A black male was located in another part of this neighborhood, banging on the back door of the residence," said Robert Klenentich with the Houston Police Department.

Police say the suspect then made his way to the victim's backyard. He choked the woman and beat her with a golf club. Her husband was inside their home during the attack.

"He heard the noise and went outside to see what was going on. He saw the guy strangling my mother-in-law in the garage," the family member said. "My father-in-law try to fight him off. He tried to use the stick to hit him to fight him."

The killer overpowered the husband. Detectives say the man then dragged the wife inside the home, where he repeatedly stabbed her with scissors until she died.

"At this point we don't know what the motive was. It doesn't appear anything was stolen from the home," Klenentich said.

Family members were planning a big 80th birthday celebration for the woman. Sadly now they have to plan her funeral.

"There's no reason to kill my mother-in-law. She was in her own backyard at her own house," the family member said.

The suspect fled the scene before police could arrive, but detectives are hoping they can collect DNA evidence from the crime scene and that it will lead them to the suspect.