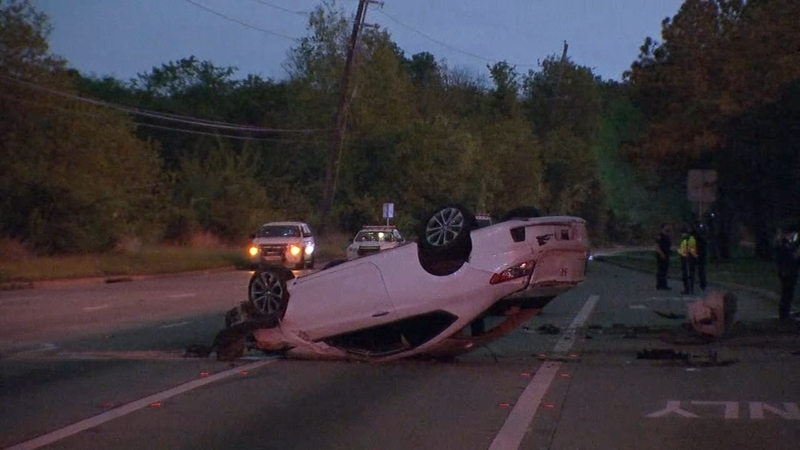 Man dies after being ejected during rollover crash on North Freeway

HOUSTON, Texas (KTRK) -- A man died after he was ejected from his car in a rollover crash early Friday morning in north Houston.

According to Harris County sheriff's deputies, the man lost control after rear-ending another driver in the 13500 block of the I-45 North Freeway northbound feeder road approaching the intersection with Rankin just after midnight.

The driver hit a retaining wall and rolled multiple times, deputies said. The car came to a stop upside down in the U-turn lane.

Deputies said the driver was not wearing a seatbelt at the time of the crash and was ejected.

He was taken to the hospital, where he later died.

Deputies said that although the rear-ended driver was not at-fault, he exhibited clues of being intoxicated and was arrested for DWI. He was not injured.