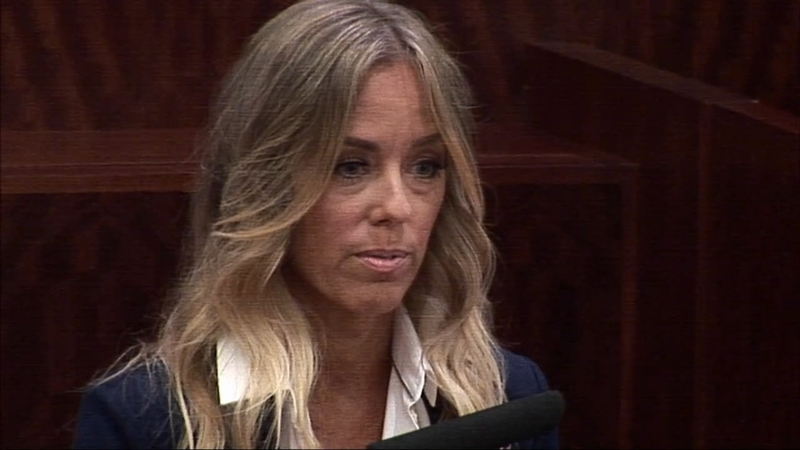 Heather Temple testifies in the murder re-trial of David Temple

HOUSTON, Texas (KTRK) -- The re-trial of David Temple entered into a pivotal stage Friday as his soon to be ex-wife took the stand.

Friday, Heather Temple took the stand. Twenty years ago, when Belinda Temple was pregnant with the couple's second child, David began an affair with Heather, then a young teacher at the school where David was a coach.

David and Heather continued their relationship after Belinda's murder, and eventually married.

Heather Temple remained with David after he was found guilty of murder and spent a decade behind bars.

"A wife filing for divorce in the middle of her husband's murder trial is never a good look," commented well known attorney Dan Cogdell, who spent some time watching the testimony Friday.

"That said, she is clearly not trying to hurt David Temple's case. She's going out of her way to include responses not asked in the questions. It's clear she's still trying to help him."

Belinda Temple was eight months pregnant when she was shot in the back of the head in the couple's Katy home. The couple also had a 3-year-old son, Evan.

In 2007, David was found guilty and sentenced to life in prison. However, nine years later, the Court of Criminal Appeals, the highest criminal court in Texas, threw out the conviction, concluding prosecutors hid or delayed revealing hundreds of pages of evidence to his defense team as he was tried for the murder.

Friday afternoon, jurors viewed emails from 1999 that showed Heather Temple communicating with David Temple and another teacher at the school.

"(They were) some bad choices," said Heather from the stand. "Emailing seemed fun at the time, I know it's wrong."

Heather and attorneys from both sides then went over details of exactly what point her relationship with David became intimate, and whether she was forthcoming enough to detectives at the time.

"It has been a long process but she's holding her head up, she's testifying now, she's doing good today," said Kathy Adibe, Heather's newly hired divorce attorney. Adibe would not comment on the timing of divorce filings.

Heather Temple completed her testimony around 5 p.m. The trial itself is expected to last several more weeks.