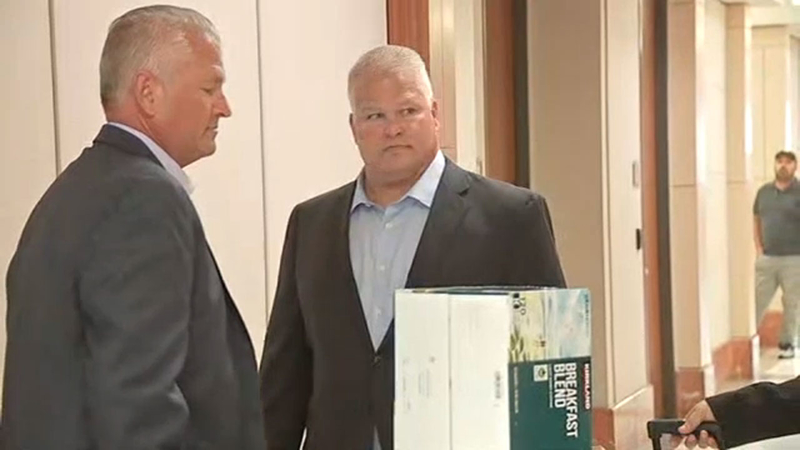 "A lot of men have affairs on their wives, and wives on their husbands, and they don't kill them," said Special Prosecutor Lisa Tanner as part of her opening statements. "But some do."

Belinda Temple was eight months pregnant when she was shot in the back of the head in the couple's Katy home. The couple also had a 3-year-old son, Evan.

David has admitted he was having an affair with another teacher at the time. He married her two years after his wife Belinda's murder.

Defense attorney Stanley Schneider does not dispute the affair, but says that alone does not prove David murdered his wife.

"What we will hear, from that chair, is a story that shows that David Temple could not, could not have killed his wife, even though he betrayed her," said Schneider during his opening statements to the jury.

In 2007, David was found guilty and sentenced to life in prison. However, nine years later, the Court of Criminal Appeals, the highest criminal court in Texas, threw out the conviction, concluding prosecutors hid or delayed revealing hundreds of pages of evidence to his defense team as he was tried for the murder.

The Texas Court of Criminal Appeals ruled Temple's attorney was not given evidence and information, including a detailed report about an alternate suspect, a teen neighbor.

"It's been a long journey. This is a portion of that journey that's been completed," David said after bonding out of jail. "We're waiting for justice to be served once and for all. And for the people that put me there, that lied and cheated, to be held accountable."

In court Monday, prosecutors focused on David's affair and tried to poke holes in his alibi. The former coach is seen on video at a Brookshire Brothers grocery store and a Home Depot the afternoon of Jan. 11, 1999, the day his wife was killed.

Schneider said the timeline offered by prosecutors was impossible. Instead, he is trying to focus attention on the Temples' neighbor, a troubled teen who skipped school and smoked pot. Schneider also points out that a shotgun was never recovered from David.

After opening statements, prosecutors called four witnesses, mostly teachers who worked with Belinda, to describe her life prior to her murder.

The trial is expected to last four weeks. It resumes on Tuesday at 9 a.m.