Conley was sentenced to life in prison for killing the two adults in the family - Valerie and Dwayne Jackson.
KTRK
By Steve Campion 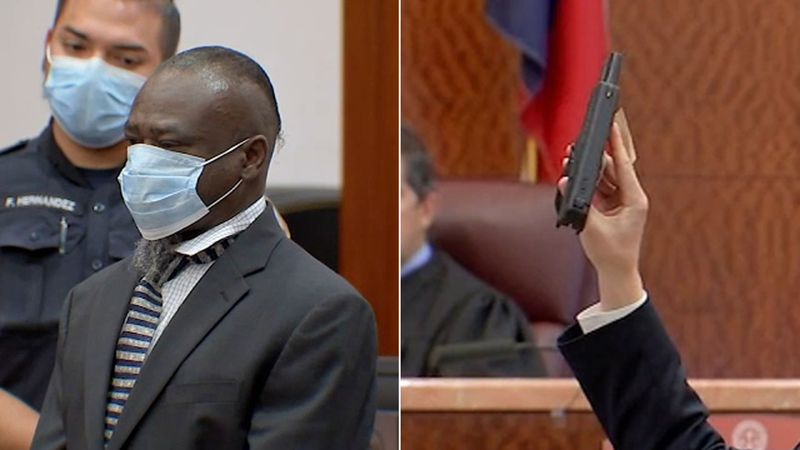 Man convicted and sentenced to life in 2015 family massacre

Conley was then sentenced to life in prison without the possibility of parole.

The repeatedly delayed trial got underway Tuesday, with just two days' worth of testimony cross-examined in court. Closing arguments took place at the beginning of Thursday, with the jury receiving the case soon after by mid-morning.

Despite the trial's swift timing, testimony and evidence presented by prosecutors illustrated a grisly scene played out based on an alleged plan.

During the first day of testimony, Valerie Jackson's mother told the court she received social media messages from her daughter with "911" repeated before the killings took place on Aug. 8, 2015. Another message read "DVD has a gun," which Barbara Yankse, Jackson's mother, said meant David Conley has a gun.

On the second day of the trial, photos were presented to jurors, showing the victims' bodies being handcuffed and restrained throughout their northwest Harris County home. Conley was seen to have no reaction to the images being displayed.

Conley was on trial for the murders of the two adult victims - Valerie Jackson and her husband Dwayne Jackson.


Conley wasn't facing the death penalty. Conley's defense team said he is intellectually disabled, and the U.S. Supreme Court has ruled death cannot be a punishment.