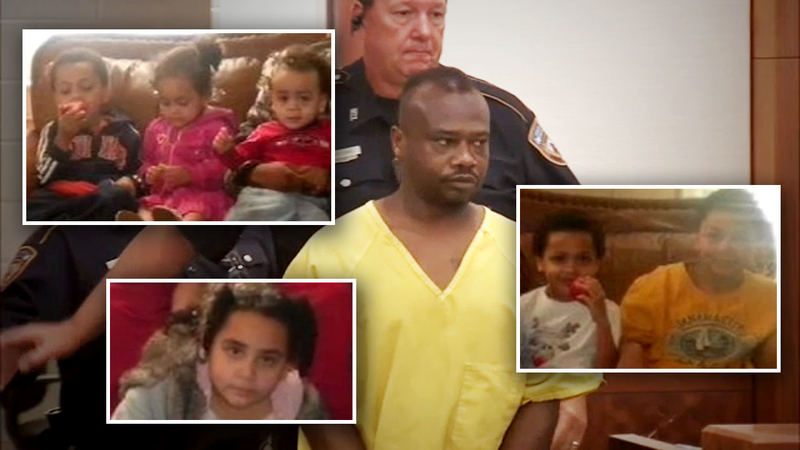 Deputies said David Conley killed six children, including his own son, as well as their mother Valerie Jackson and her husband Dwayne Jackson. They described the mass killing as pre-planned.

The deceased children were identified as Nathaniel, 13; Honesty, 11; Dwayne Jr., 10; Caleb, 9; Trinity, 7; and Jonah, 6. The victims were found in each of the three bedrooms inside their house.

Investigators accused Conley of buying a gun and handcuffs before carrying out the horrendous rampage on Aug. 8, 2015. Sources at the time told ABC13 that he entered into the house on Falling Oaks Road through a window. He then handcuffed the family and killed the husband and children one by one before turning the gun on the wife.

Conley's estranged wife, Vernessa Conley, said she can't believe he still hasn't faced a jury in Harris County. They married in 1986. They separated shortly afterward. Vernessa said David wrote her a love letter from the Harris County Jail, where he remains charged with three capital offenses.

She said he should face punishment soon.


"He should get punished. I'm sorry to say that," she said. "I am a God-fearing woman. I don't wish bad for anyone, but an eye for an eye."

A gag order prevents the Harris County District Attorney's Office from commenting on the case. Court records show the COVID-19 pandemic delayed a 2020 trial. A trial is now scheduled to begin on Oct. 4.

Court records also revealed David Conley's court-appointed attorney has already spent tens of thousands of dollars preparing his defense. The attorney did not respond to a request for comment from Eyewitness News.