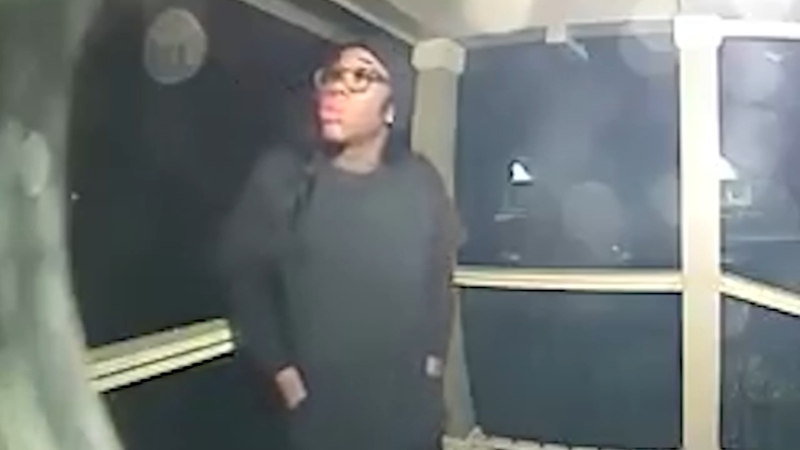 BAYTOWN, Texas (KTRK) -- A Houston man is in an Ohio jail and charged with the murder of a Baytown grandmother, whom he is accused of luring to death.

On March 8, Roxann Inniss, 55, was found shot to death in front of her home on Ohio Street in Baytown.

Damere Ferguson, 18, was arrested on March 23 and remains in the Hamilton County jail.

Two days after the murder, Baytown police released video of a man dressed as a woman, pacing on the front porch of Inniss' home just before she was found dead.

According to Harris County court records, the audio from the victim's Ring video revealed how her alleged killer(s) lured her outside.

Records say the man told Inniss he sideswiped her car and needed her to check for damages. Inniss walked outside and moments later, there is a single gunshot.

Inniss, a mother of four children and grandmother of seven, was murdered in front of her home.

Once the images from the porch were made public, records show tipsters identified Ferguson as the suspect and led police to more evidence. Another tipster told police Ferguson had fled to Cincinnati, Ohio, where he was arrested.

Once in custody, Ferguson told police that while he bought the disguise and lured Inniss, another man he called "mister" did the shooting. Ferguson said he was paid $15,000 to keep quiet.

Ferguson is charged with murder and tampering with evidence. He's accused of discarding floor mats with DNA on them. He is awaiting extradition to Harris County.

Baytown police have not said whether they are searching for a second suspect.