HARRIS COUNTY, Texas (KTRK) -- The manager of a Cracker Barrel who was fatally shot in what deputies call an attempted robbery Saturday morning in north Harris County has been identified by family members.

Family members told ABC13 that Robin Baucom worked at the restaurant for 34 years and was a dedicated employee who loved her job.

The shooting happened at about 6:15 a.m. at the restaurant in the 14800 block of the North Freeway near Airtex, where a female employee had just arrived for work.

As she was waiting to be let in, a man got out of the passenger side of a Dodge Charger and asked if the restaurant was open.

In a tweet Saturday afternoon, Sheriff Ed Gonzalez said at least two people were in that Charger.

Shooting at 14765 North Fwy: Vehicle appears to be a Dodge Charger. At least two people in the car; the possible shooter exited the front passenger side. #HouNews https://t.co/mwfwZHnwik

Deputies said the man sitting in the front passenger seat got out of the vehicle. That's when Baucom tried to come to the employee's rescue and let her in, but the man forced his way in and tried to snatch the employee's purse, according to Gonzalez.

#BREAKING: Family identifies the Cracker Barrel manager who was shot during an attempted robbery as Robin Baucom. She worked there for 34 years & leaves behind husband, 3 children, & grandchildren. They want her to be remembered as hero who died trying to protect her employees pic.twitter.com/VhcMosuetM

When Baucom pushed back, he shot her in the chest.

Baucom underwent surgery, but succumbed to her injuries, according to an update from Harris County Constable Precinct 4. Her family said she leaves behind a husband, three children and grandchildren.

They want her to be remembered as a hero who died trying to protect her employees.

The family shared the following statement with ABC13:

"Robin was one of the hardest working women I have ever seen. It didn't matter if the job required 12 hours or 23 hours, she was there. Many nights she didn't get home until 2 or 3 a.m. She worked for Cracker Barrell for 34 years. She loved her job, her customers and her employees and her family. She absolutely worshipped her three grandchildren, two boys, Brent and Brandon, her newest granddaughter, Lilah who is 10 months old. She had three children, Mark, Matthew and Tina whom she loved with her entire heart. They always had a mom with outreaching hands if they ever needed anything. She was always trying to help wherever she was needed. She is our hero and we hope she will be remembered as a hero because she lost her life trying to protect her employees and Cracker Barrel. She was always taking care of business wherever she was needed. Please if you know anything call and let someone know."

"Our condolences go out to her family," Gonzalez said in a tweet. "Sad to think these victims were simply starting their day, working."

FEMALE SHOT AT CRACKER BARREL HAS SUCCUMBED TO HER INJURIES

The female victim who was shot earlier today at the Cracker Barrel located at 45 and Airtex Drive has succumbed to her injuries.

Prayers to her and her family.

According to the Harris County Sheriff's Office, the gunman got away in a 2018 or newer model metallic gray Charger.

The location is closed as authorities investigate. 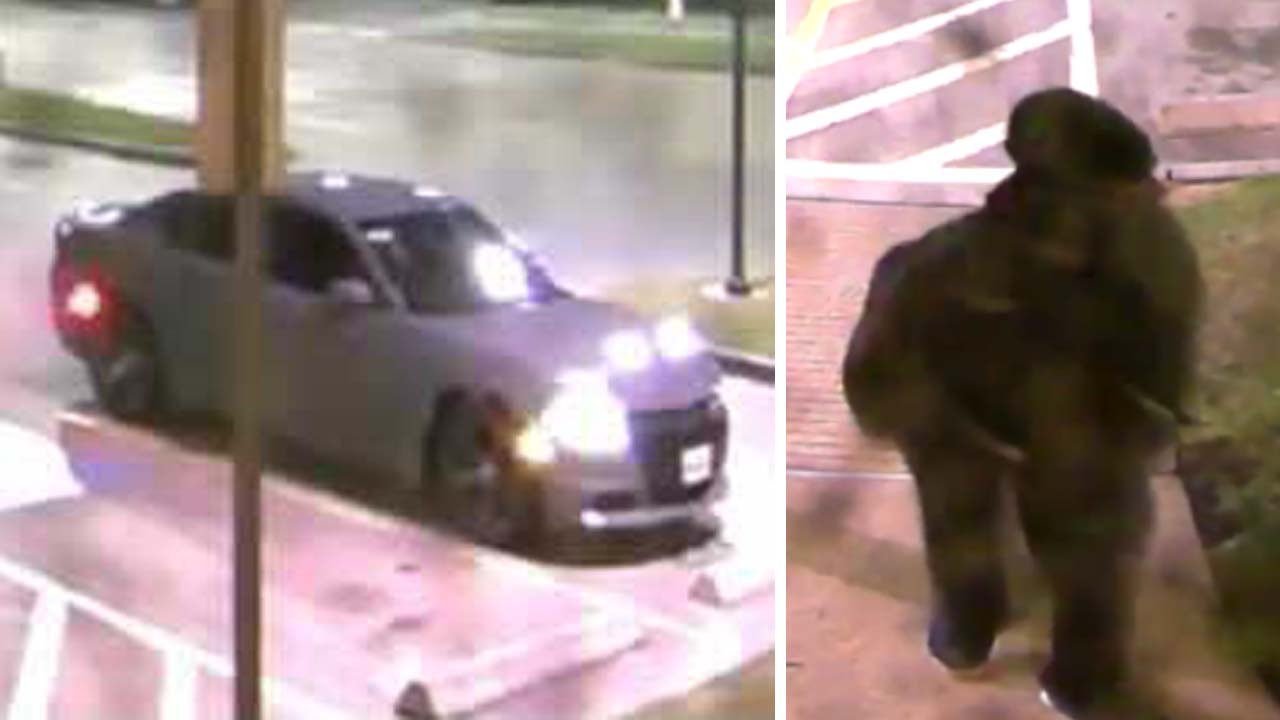 Deputies have released photos of a suspect's vehicle and a suspect.

ABC13 reached out to Cracker Barrel, who provided a statement after they learned of Baucom's death.

"We can confirm that there was a criminal shooting at our Houston store on North Freeway prior to opening this morning which resulted in our store's associate manager sustaining fatal injuries as she protected other employees from harm. All of Cracker Barrel is solely focused on supporting our manager's family, her fellow employees, and local law enforcement as we grapple with this tragedy and grieve."

The female shot this morning at the Cracker Barrel (14765 North Fwy) has been pronounced deceased at the hospital. These are images of the possible suspect & vehicle. Anyone with info is urged to call the @HCSOTexas Homicide Unit 713-274-9100 or CrimeStoppers 713-222-8477. pic.twitter.com/4sYaEZFMHa