KTRK
By Ted Oberg
HOUSTON, Texas (KTRK) -- Evelyn Jackson waited three hours to get to the front of the free testing line at Cullen Middle School, a site run by United Memorial Medical Center, a private hospital giving away testing.

She told 13 Investigates' Ted Oberg she was "feeling good, but I went to Louisiana."

Without symptoms or a job on the frontline fighting COVID-19, she wouldn't have been eligible for a test at the city sites, which is why she went to the UMMC one.

Houston Mayor Sylvester Turner has advocated for increased testing for days and said Monday, "We are significantly away from what's needed to measure the community spread."

Related: Here's where to go to get tested.

But at the testing sites the city controls, tests have gone unused. Outside Delmar Stadium on Monday, a lone car had plenty of room to snake through a giant maze to get to the testing tent all by itself at one point.

Over the last 10 days, city statistics show neither the Delmar nor Butler stadium testing sites have come close to performing the 250 tests the city planned for. Since April 4, the city has done at most 75 percent of the possible tests. Statistics from last Thursday, the most recently available data, show the city performed roughly 40 percent of the tests it planned for.

Until today the sites were limited to symptomatic Houstonians. Asked if the restrictions were too tight, Dr. David Persse, the City of Houston Health Authority, said no.

Early on, Persse explained the city was following CDC guidelines to test first responders, seniors and symptomatic people. The city will now ease the restrictions to encourage more testing, while hoping to add more sites to make sure people can get to one, even without a car.

"If I had a magic wand," Persse said, "I would open (a testing site) in every Super Neighborhood."

That would be 51 sites in the city alone; There are now seven, counting the UMMC sites.

Before she left for hers, Jackson told her neighbors to go, too.

"Everybody get on board, get tested so we can see what's going on," she said.

Have a tip for Ted Oberg? A problem to solve? Get in touch with us on our tip page, or send a tip below. (On mobile? You can open our form by tapping here.)
Related topics:
health & fitnesshoustonted oberg investigatescoronavirus testingcoronaviruscovid 19 pandemic
Copyright © 2021 KTRK-TV. All Rights Reserved.
TED OBERG INVESTIGATES 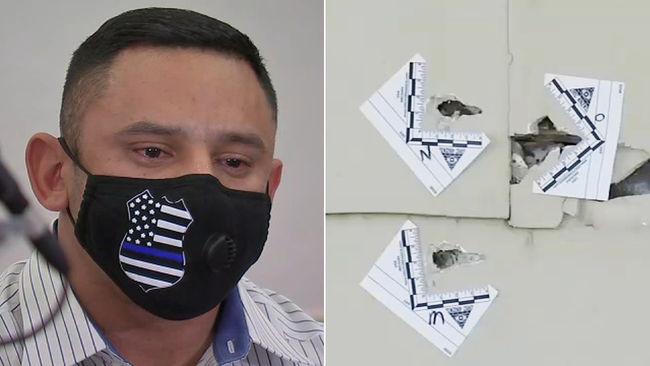