Out of the 80 nurses and 20 respiratory therapists that came, half went to Lyndon B. Johnson Hospital and half went to Ben Taub.

A tent was set up to help with the overflow of COVID patients, but there's still not enough staff to attend to the six additional beds.

HARRIS COUNTY, Texas -- Dr. Esmaeil Porsa, president and CEO of Harris Health System, said the hospitals in the system were at a breaking point when he learned that 100 temporary medical workers were being sent to help.

As cases surged, the hospitals were admitting more children and pregnant women with complications from COVID-19, and patients who needed intensive care waited in emergency rooms for ICU beds to become available.

The nurses, respiratory therapists and other contract staff "definitely arrived here at a pivotal moment," Porsa told The Texas Tribune. "They did exactly what I had hoped that they would do, which is allowing us the opportunity of a couple of things: to provide a little bit of relief for front-line staff who have been running around ragged, but also created an opportunity for us to expand our capacity."

With Texas on the cusp of reaching a record number of COVID-19 hospitalizations, hospitals have reverted to looking to the state for staffing help. Between Aug. 13 and Aug. 19, at least 89 Texas hospitals had no available ICU beds, according to the U.S. Department of Health and Human Services.

Gov. Greg Abbott announced the Texas Department of State Health Services would deploy state-funded relief workers to hospitals, and 8,100 have either arrived from other states or are expected soon.

It's the second time the state has taken such action. At the height of the state's winter surge, almost 14,000 medical workers were deployed across the state, according to DSHS. From July 2020 to early August of this year, the state spent more than $5 billion in federal disaster funds and coronavirus relief funds on medical personnel.

Abbott's move came after hospitals and local health officials complained that they were having to outbid each other to hire contract nurses amid a statewide shortage of hospital staff.

The new push to bring more health workers to Texas comes as many have reached their limits, said Carrie Williams, spokesperson for the Texas Hospital Association.

"This surge has come faster and stronger than previous surges, and it comes at a time when the frontline [worker] is burned out," Williams said in a statement. "We were already starting from behind when this surge hit."

According to DSHS, the state's hospitals requested more than 15,000 temporary staffers between Aug. 12 and Aug. 25. As of Aug. 25, almost 4,000 have been deployed, with most going to regions with the state's most populous counties and metro areas.

Darrell Pile, CEO of the Southeast Texas Regional Advisory Council, which oversees a 25-county hospital preparedness region including the Houston area, said nurses and other personnel such as respiratory therapists and certified nursing assistants are on the ground or arriving at hospitals in his region - but it's still not enough.

"When the COVID census peaked earlier this year, we required over 2,000 agency nurses, just in our 25-county area alone," Pile said.

Last week, Texas hospitals reported nearly 14,000 people hospitalized with COVID-19, just below the state's peak during the winter surge. State data show that as of Aug. 22, an average of 46 children under 18 were admitted to hospitals each day with COVID-19, compared to 30 in January; adults 30-49 accounted for 29% of new hospital admissions for COVID-19, nearly double the January rate.

Following the state's recent move to fund medical staff, Harris Health System had received about 100 temporary staffers, including 80 nurses and 20 respiratory therapists, with half going to Lyndon B. Johnson Hospital and half to Ben Taub Hospital, Porsa said on Wednesday.

He said the newly arrived personnel have helped provide relief for front-line staff and allowed hospitals to expand their ICU capacity - LBJ Hospital was able to boost its ICU from 16 beds to 32.

DSHS said if the need for additional medical staff extends past Sept. 30, it "will work with local governments on how to share costs for staff."

The state is encouraging cities and counties to also tap the more than $10 billion in federal funds that they have already received for COVID-19 response efforts to hire additional staff if they need it.

As of this summer, about $5.7 billion has been allocated to Texas counties and roughly $4.8 billion has gone to Texas cities and towns, according to the Texas Division of Emergency Management.

The Biden administration has announced it will extend federal reimbursements to states for certain COVID-19 response costs through Dec. 31.

Health officials continue to stress that the main way to reduce the need for additional staff is clear: more vaccinations. As of Aug. 25, about 47% of Texans were fully vaccinated.

Since Jan. 1, Porsa said, everyone who has died at LBJ Hospital and Ben Taub Hospital from COVID-19 has been unvaccinated.

"We will run out of options at some point, and this is really really important for people to realize that this cannot go on forever, and they know what the solution is."

Disclosure: The Texas Hospital Association has been a financial supporter of The Texas Tribune, a nonprofit, nonpartisan news organization that is funded in part by donations from members, foundations and corporate sponsors. Financial supporters play no role in the Tribune's journalism. Find a complete list of them here. 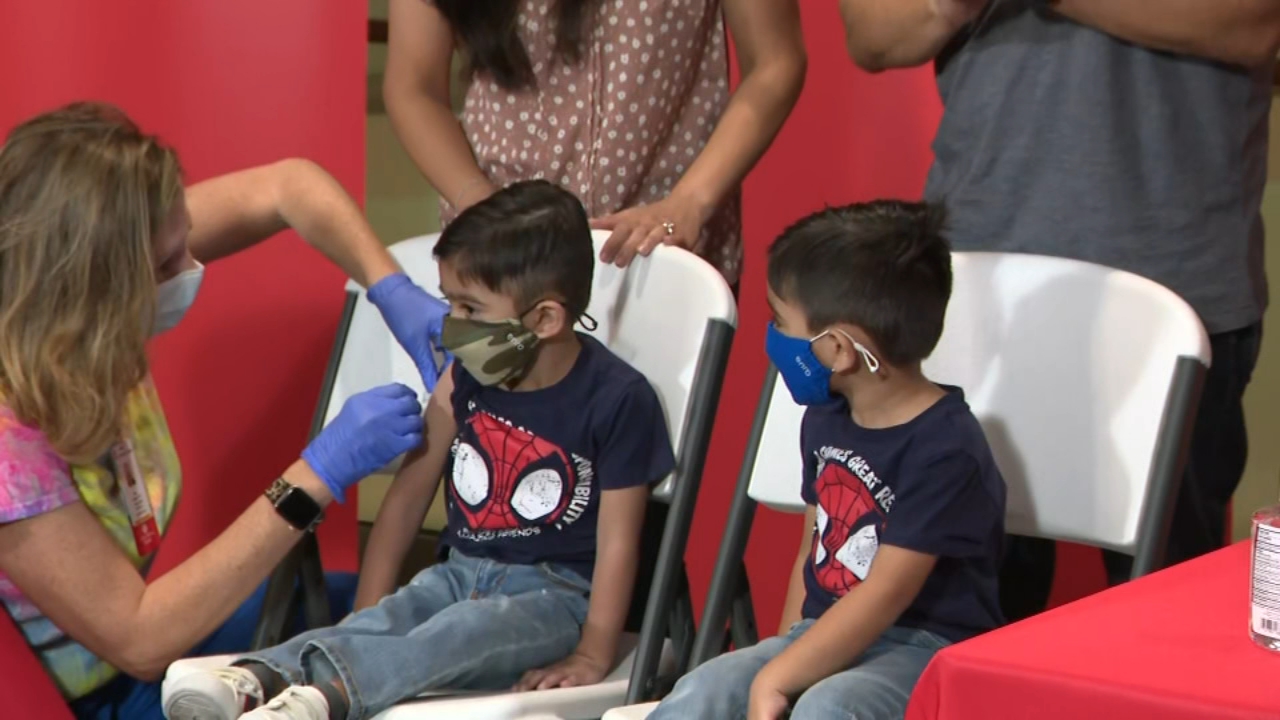 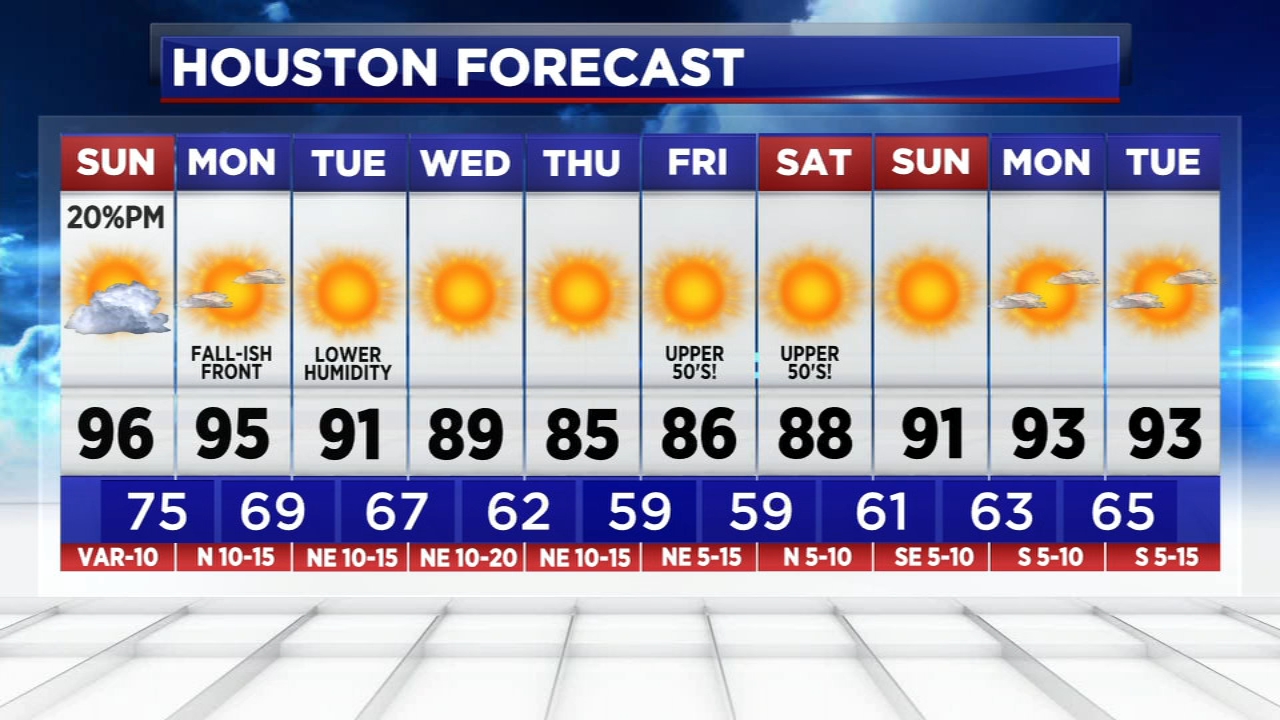