KTRK
HOUSTON, Texas (KTRK) -- Precinct 4 Constable Mark Herman recently found himself on the other side of the cameras, recorded during a traffic stop by a Harris County Sheriff's deputy. And now, the constable has given himself a ticket.

The video, obtained by Eyewitness News in an open records request, shows that on May 8 at 7:33 a.m., a deputy in a marked vehicle was driving westbound on Louetta approaching TC Jester. The light turns red, but three vehicles make a left turn after the light changed colors.

The deputy initiated a traffic stop on the last vehicle to turn left, a black truck being driven by Constable Herman, who was in uniform.

The camera captures Constable Herman getting out of his truck, then walking back towards the patrol car. At that point, the deputy's body camera picks up the conversation:

Deputy: I'm sorry what did you say, constable?
Herman: I said are you going to get out and approach my car or are we going to sit here all day?
Deputy: Well, I'm trying to safely conduct my traffic stop, sir. I'm going to run your plate, make sure your vehicle is not stolen. You know all that standard patrol procedures, right, constable?
Herman: No, I didn't know there was a standard, but I guess there is.
Constable Herman then mentions he turned on his strobe lights and he was trying to work, as the deputy continues his traffic stop.

Deputy: I need your license please, and your proof of insurance.
Herman: Are you serious?
Deputy: You just ran a red light right in front of me!
Herman: I didn't run a red light.
Deputy: It's on camera.
Herman: If I did, I certainly didn't mean to.

The deputy released the Constable with a warning, which is within the deputy's discretion.

"On the day of the incident while working for the citizens of Precinct 4, I was focused on a vehicle in front of me and did not realize I had run a red light until the next day when I saw the video. I and several other vehicles ran a red light. In law enforcement, we either win or learn. I have learned from this incident and will continue to fight crime in Precinct 4 with my team and our law enforcement partners," Constable Herman stated.

Constable Herman contacted the sheriff's office and asked if the deputy would like to issue him a traffic citation for the incident. Herman was told "no," that the deputy cleared the stop warning.

Instead, Constable Herman decided to issue himself a citation for running the red light. He pled no contest and paid the fine.

"I do not want to be known as the Constable who got away with running a red light. My office issues thousands of traffic citations yearly keeping our citizens safe and, after reviewing the video I realized I did indeed run the light. As constable I am not above the law and should be held accountable," he wrote in a statement.
Report a correction or typo
Related topics:
houstondashcam videoharris county sheriffs office
Copyright © 2020 KTRK-TV. All Rights Reserved.
DASHCAM VIDEO 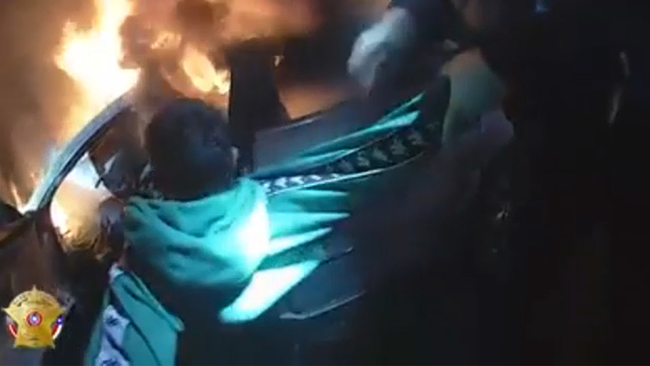 "We might have to break your leg" Video shows rescue from burning car
Meteor lights up St. Louis skies 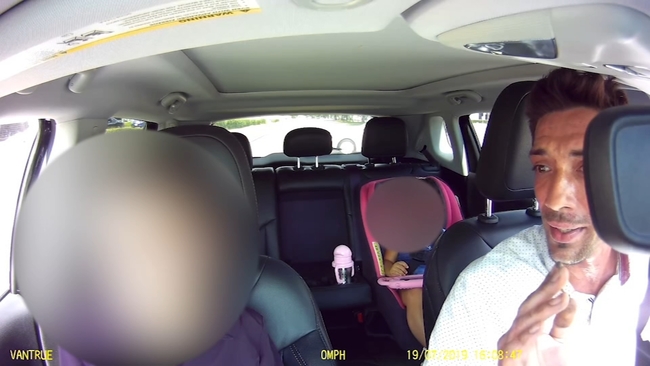