2 men shot when over 40 rounds were fired during gunfight at Cloverleaf Park, deputies say 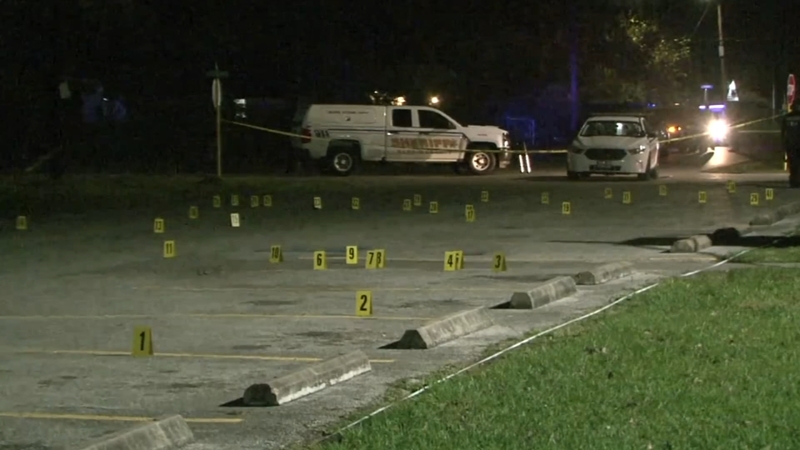 Over 40 rounds fired during gunfight at Cloverleaf Park, deputies say

Harris County sheriff's deputies were called to Cloverleaf Park near Hillsboro and Beacon around 10 p.m. Wednesday.

According to investigators, dozens of shots were fired when three men got into a fight and all started shooting at each other.

Investigators found more than 40 shell casings in the parking lot, which is surrounded by houses.

Although the fight broke out between three men, deputies believe only two men in their 20s were shot and taken to a local hospital. One of the men was shot in the arm, and the other was shot in the chest.

Investigators recovered one gun at the scene.