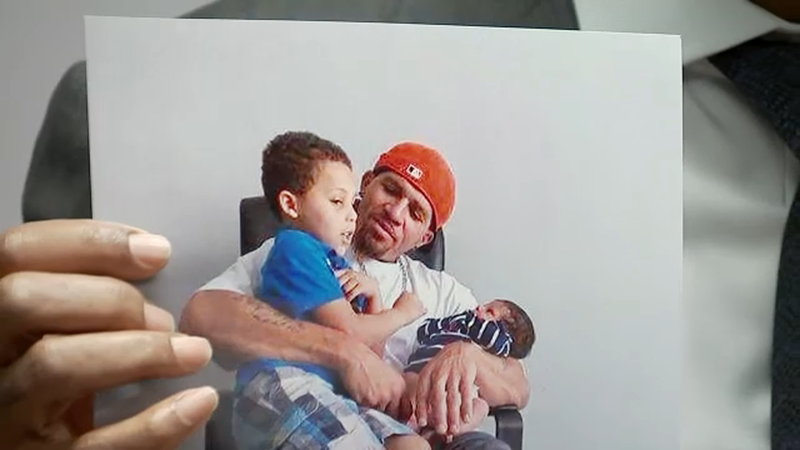 HOUSTON, Texas (KTRK) -- In a press conference Monday morning, Houston police confirmed that an 18-year-old man shot and killed by an HPD officer last week was the suspect in the shooting death of a man at a west Houston McDonald's in February.

Clifton Zeno III, 47, was shot and killed on Feb. 23 inside a McDonald's on Westheimer just after 4 p.m., allegedly after an altercation with another man.

ORIGINAL REPORT: Shooting suspect on the run after killing man at McDonald's on Westheimer, police say

Police said the suspect pulled out a gun and shot Zeno multiple times before fleeing. Zeno was pronounced dead at the scene.

"This one made absolutely no sense. A person in the line at McDonald's, and for whatever reason, pulls out a gun and takes the life of someone else," Mayor Sylvester Turner said at a press conference Monday.

After the deadly McDonald's shooting, homicide investigators received information that 18-year-old Alberto Riascos was possibly the suspect in Zeno's murder. Riascos had an active warrant for an unrelated aggravated assault case.

Last Wednesday, on March 2, police went to serve the felony warrant in 2600 block of Lazy Hollow Drive, not far from the McDonald's.

HPD Executive Chief Matt Slinkard said Riascos pulled out a pistol and fired a shot when officers tried to take him into custody.

That's when a 13-year veteran HPD sergeant fired a shot at Riascos, killing him, according to Slinkard.

Investigators are confident that Riascoas was the same suspect who shot and killed Zeno on Feb. 23.

On top of the matching weapons, Slinkard said photos from both scenes showed the suspect wearing similar clothing.

HPD investigators will release the body camera footage from the shooting at a later date, Slinkard said.

Zeno's family, who fondly referred to him as "Goldy," said the man was the middle child, with two older sisters and two younger sisters, but they said he was always their protector.

SEE ALSO: 'He was our peacemaker:' Family speaks out after loved one was killed at McDonald's in W. Houston

His sisters said the 47-year-old was a devoted and loving father of seven, a grandfather of five, a brother, son, uncle and friend to many who they say always put family first.

"He was our peacemaker," said Zeno's sister, Teresa Garrett. "He always said if anybody bothered us to let him know, and he'd take care of it."