Judge to Texas' foster care system: 'You don't know where the children are' 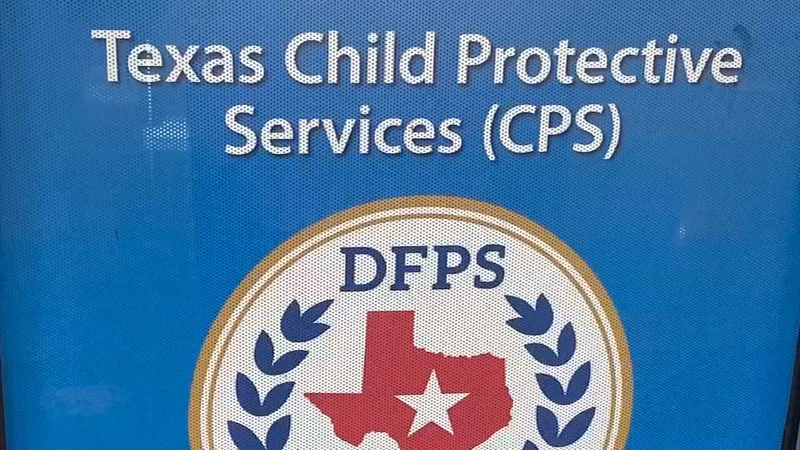 HOUSTON, Texas (KTRK) -- More than a decade into an ongoing lawsuit surrounding the state's troubled foster care system, U.S. District Judge Janis Jack was angry when she asked the state if they have a system to keep track of where foster children are and the head of the agency said they don't.

When Jack asked Department of Family and Protective Services Commissioner Jaime Masters for an update on the system, Masters said IT is still working on it.

"Oh, for God's sake. I just don't understand this incompetence ... You don't know where the children are," Jack said. "Now we know today, 11 years into this lawsuit, that no one knows where these children are placed. I'm just - I'm speechless. You are the parent. I don't want to hear that IT is still working on it."

Several minutes later, Masters received an update that IT would go live with the system in July.

"Sorry I acted so angry," Jack said. "It's actually because I am angry."

Tuesday's hearing, which lasted five hours, is part of a decade-long lawsuit that was filed in federal court in 2011. Over the years, the court has found the state failed to protect foster children from "an unreasonable risk of harm" and called for court-appointed monitors to investigate areas of improvement and ensure compliance with standards.

Last year, 13 Investigates reported about one teen in CWOP, or "child without a placement" designation, who snuck out of an unlicensed facility and got shot while allegedly attempting a carjacking.

RELATED: 13 Investigates: Teen shot after sneaking out, another 'sleeping off a hangover' under CPS's care

Jack said there are some bright spots in the reports the independent consultants filed Monday, but she's still discouraged.

"It looks like we're just going from bad to worse," Jack said. "This continued unconstitutional and unsafe treatment of children is getting to everybody that's deeply involved in this case."

Last year, there were 165 children without placement in January and it peaked at 416 children being housed in offices and hotels in July, according to a report filed in federal court Monday.

Judith Meltzer, president of the Center for the Study of Social Policy, helped author the report and said the number of children in Texas who are placed in hotels or offices is concerning.

She said other states may have 10 foster children who are considered CWOP - Texas has far more.

"I know Texas is a big state, but the magnitude of the problem here gave us pause as the panel experts," she said. "Institutionalizing it as an approach to handling this program by setting up these unlicensed facilities across the state ... we found that very unusual and very startling."

Meltzer worked as part of an expert panel that interviewed 30 key stakeholders, including DFPS, state monitors, attorneys for both sides and other experts to prepare the report for today's hearing.

"There are roots on this problem that go back many years and (they call for) significant reforms," Meltzer said.

She said the foster children "have to be recognized as children," and not as CWOP children who have created problems so that the state can help "begin to heal the trauma that these children have experienced."

As she prepared for today's hearing, Jack said she was once again heartbroken by the details of children without placement who end up sleeping in Child Protective Services offices or hotels due to a lack of safe housing.

"I had to read it and take breaks because it broke my heart that Texas is treating these children like this," Jack said during the hearing.

The report filed in court Monday details how a 15-year-old, who CPS placed in a hotel due to the shortage, had sex with a hotel worker. Court documents say an investigation found the teen was worried it might happen to other foster children and that authorities believe she might be a trafficking victim.

In other cases, Jack was disappointed to hear some foster children are placed in 15 or more different locations in a short period of time. She was also concerned about how much is being spent to place children in out-of-state homes due to the shortage.

It costs $2.9 million from January through October 2021 to place children out of state, according to the report filed Monday. The average cost was $44,386.85 per placement and the state funding 66 of the 109 out-of-state placements.

"The money that you're throwing away (on out-of-state placements) is just stunning," Jack said. "The legislature throws you all (this) money. Anytime you ask for it, you get it and where it goes, we're just now finding out and it's not good."

The report also says the state expects to lose "$17.4 million in federal support in 2022 and $25.6 million in 2023" because it is not compliant with the Family First Prevention Services Act. The act aims to reduce the use of congregate or group home care for children.

Jack said she wanted to know what the state has done to get more qualified, in-state providers.

"It turns out you all have not done anything, which does not remotely surprise me," Jack said.

During the hearing, Paul Yetter, who represents thousands of Texas foster care children in a class action lawsuit against the state, emphasized that "blaming the children is not the solution to the crisis that we're in."

Jack said better training is needed for case workers since the children who end up in CWOP have troubled histories, including being abused and experiencing serious mental illness.

"The training has been a lost component and it's not the caseworkers' fault," Jack said. "The way they act out is perfectly understandable and should be anticipated, yet the people who are responsible for taking care of them 24/7 have no training to do so."

Ann Stanley, managing director at Casey Family Programs, was among the team that submitted recommendations to the court.

She said one solution that could make a positive change is to have a clinical coordinator assigned to every single child in an unlicensed facility. She said, due to the high turnover, a child could go through several caseworkers, but having someone designated to follow the child throughout their times in foster care could help improve outcomes for the child.

The panel offered several recommendations that the state said it will work to address, including discussing how they can expand mental health service for children in the state's care.

Masters said she plans to meet with state monitors and the panel to continue working toward progress. Jack said she's looking forward to see what comes from those meetings between both sides.

"With strong leadership, strategic coordination across all stakeholders, and a targeted infusion and coordination of resources, Texas can resolve the problem of children in unlicensed care without creating new restrictive GROs and can put in place measures that benefit children's well-being in the long term," the report says.

RELATED: 'I am failing these children,' says head of state's foster care system

Jack and the state also butted heads over the low vaccination rate for foster children.

Jack said 75.3% of children in foster care are unvaccinated, far fewer than the state's vaccination rate for children 17 and younger.

The state argued that some children have refused the vaccine. Jack pushed back asking how that's possible since the state is acting as the parent for the children. The state said they can't force any of the children to get in a car and get the vaccine.

After going back and forth on the topic and continuing to disagree on why the foster children's vaccination rate is low, Jack finally asked the independent consultant if they are getting an idea of what she's had to deal with since the start of the lawsuit.

"It's not good," Jack said. "My orders have not made a difference, the mindset is there."