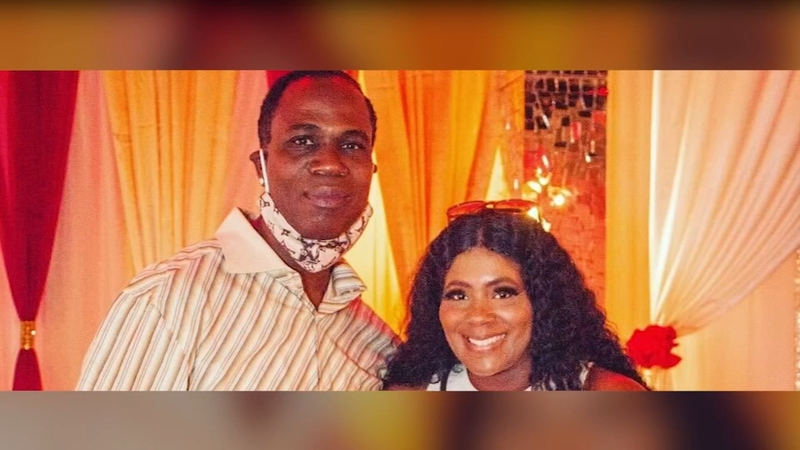 HOUSTON, Texas (KTRK) -- The family of a man killed in front of his son while at a car wash in west Houston Friday night is desperately searching for answers.

Charles Dade, 51, had just picked his car up from the mechanic, according to his cousin, Darren Crumity.

Dade and his son went to the car wash on South Dairy Ashford and Richmond at about 9:30 p.m. when two men in ski masks ambushed them.

"One put the gun to my cousin's head, and the other got behind my other cousin," Crumity said.

Dade's son, who is in his 20s, managed to escape one of the suspects.

"When he put the pistol to his head, he went like this with his head and ran for his life," Crumity said. "That's when the guy shot him in the leg."

After Dade's son ran off, both men turned on him.

According to Dade's family, he owns a Montessori school down the street, so he often went to the car wash.

"He was a business owner. He loved people," Crumity said. "I will always remember that. He loved everyone he came into contact with."

Crumity believes Dade and his son were targeted because of their nice clothing and jewelry. They went to the corner store at the car wash to grab snacks before.

"He came from the store, and moments later, the guy came from behind and said give it up," said Crumity.

According to a system that Houston Police Department uses to share data, crime in the area is high.

Since January, ABC13 tracked 10 aggravated assaults, three car thefts, and five robberies within a half-mile radius of the murder.

"It makes me wonder, you can't even just wash your car. Is Houston safe anymore?" asked Crumity.

#EXCLUSIVE: Shot and killed in front of his own son in a robbery gone wrong- A man just trying to wash his car was ambushed by two men in masks at a car wash in West Houston. His son was shot but managed to escape. More on the attack and crime in the area at 4:30 and 6 PM pic.twitter.com/zZ0dQByaUn

Dade leaves behind a wife and several children. They are left with many questions about Dade's killer and hope the community can help get the answers.

"She's just trying to wonder why would you kill my husband if you are trying to rob someone, rob them. Why do you have to kill them? It's just devastating to her," said Crumity.

If you know information regarding the incident, you are urged to contact the HPD Homicide Division at 713-308-3600 or Crime Stoppers at 713-222-TIPS.