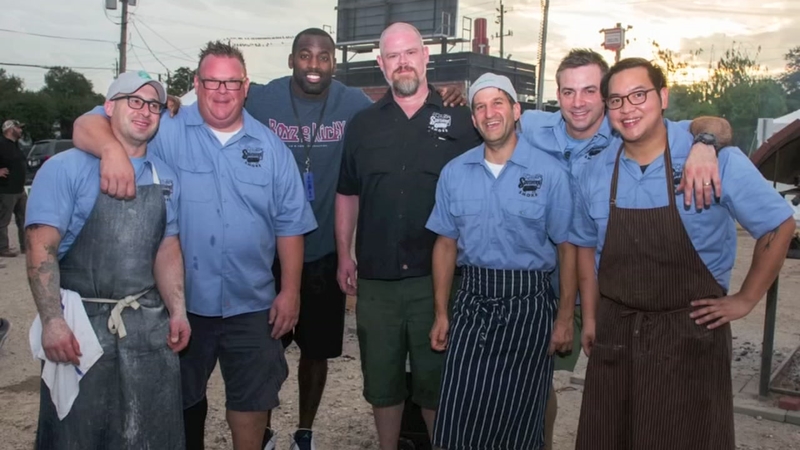 HOUSTON, Texas (KTRK) -- If you work for the food or hospitality industry, and suffered losses during Harvey, a big foodie event is expected to generate thousands of dollars in relief money.

Southern Smoke is one of the biggest culinary events of the year, with over 14 James Beard award-winning chefs from around the country handing out samples to attendees.

Sales in Houston's restaurant and bar business is down by 40 percent. A lot of people are in need.

In addition, WeWork has come on board as Southern Smoke's first ever title sponsor.

"Houstonians' resilience during the devastating hurricane has inspired us to lend a hand," said Nathan Lenahan, WeWork's head of operations for the south. "We're excited to kick off our Houston debut by teaming up with Southern Smoke to help rebuild an even better, stronger Houston."

The event happens on Sunday, October 22, and is hosted by Houston's own celebrity chef Chris Shepherd at Southern Smoke's 2017 partner, Legacy Community Health, located next door to Underbelly.

Southern Smoke has been the recipient of fundraisers from around Houston and the country. The 17 Reunion dinner raised $35,000 for the foundation, and the OKRA Charity Saloon donated $17,000 to the cause.

"I'm honored and humbled to have so many people help out," said Chris. "We're going to throw the best party of the year on October 22, and we're going to write a huge check to our friends at Legacy. That money will go directly into the hands of people in our industry who need assistance. This is truly a community effort, and we couldn't do it without Legacy and partners like WeWork, Knob Creek and Lexus."

To Apply for Funds:
https://form.southernsmoke.org/smoke/application/