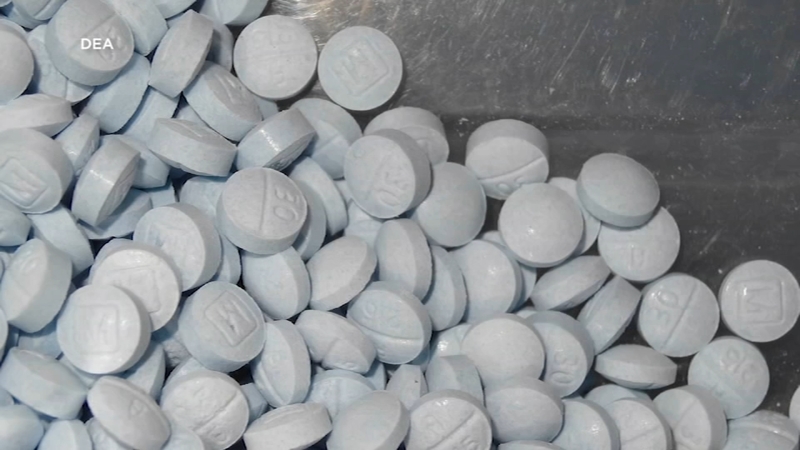 Experts warn over fentanyl-laced drugs after 100K US overdose deaths

HOUSTON, Texas (KTRK) -- Drug overdose deaths reached an all-time high. The CDC reports more than 100,000 Americans died in a period from May 2020 to April 2021. Sixty-four percent of those deaths involved synthetic drugs such as illegally-produced fentanyl.

Dr. Pete Stout, who leads the Houston Forensic Science Center, told ABC13 that drugs containing fentanyl are here in greater Houston. They're finding them more and more. Stout said they saw a 14% increase in fentanyl detections this year, which is double what they saw in 2019.

Dr. Stout said he advises everyone never to use or buy pills on the streets. A small dose of fentanyl can prove deadly.

San Diego County Sheriff's Department is sharing video that shows the dramatic moments after a deputy is exposed to Fentanyl during an arrest.

Luis Chaparro is a freelance journalist and producer. His travels, documented on Instagram, took him deep into Mexico with drug cartels. Chaparro said marijuana is no longer profitable for the cartels. They're now focused on making illicit drugs with fentanyl because demand for stronger products is huge in the United States.

"They're jumping into fentanyl," said Chaparro. "That means they're lacing everything they can with fentanyl ... To be honest, I don't see it getting better. The pandemic made it so much worse. Everyone was on lockdown. Anxiety problems were kicking in. People really jumped to fentanyl use and abuse."

The CDC called for urgent action in its report, including expanding access to fentanyl testing strips.