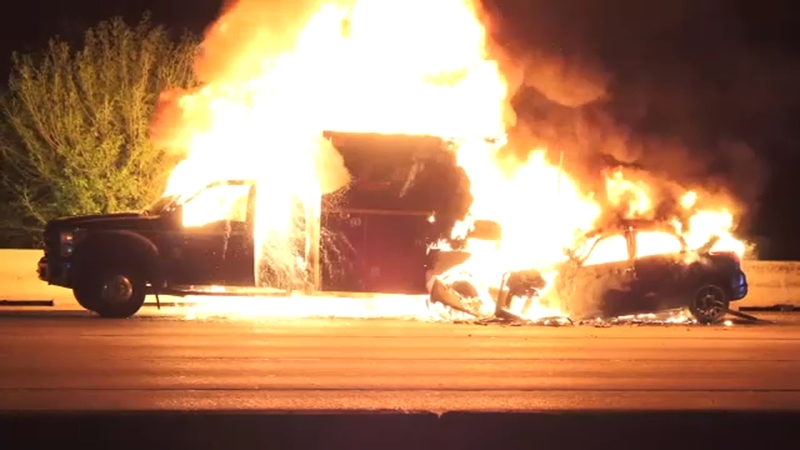 HOUSTON, Texas (KTRK) -- The main lanes of the North Freeway were shut down after a driver rear-ended an ambulance causing it to burst into flames on Saturday, Harris County officials say.

The crash happened at about 1:44 a.m. near Airtex. An ambulance with two occupants was traveling southbound when a driver of a Ford Focus, traveling at a high speed struck them from behind causing them to veer onto the shoulder of the southbound lane, deputies say.

Once on the shoulder, both vehicles became engulfed in flames.

A Harris County deputy in a patrol car traveling on the southbound lane observed the vehicular fire. As the deputy was slowing down to assist, a vehicle behind him traveled over to the next lane and was struck by a Tahoe.

The Tahoe then redirected and struck the patrol car.

No injuries from either accident have been reported.

Deputies said they are looking into whether the driver of the Focus was intoxicated.

According to officials, there was no one in the back of the ambulance.