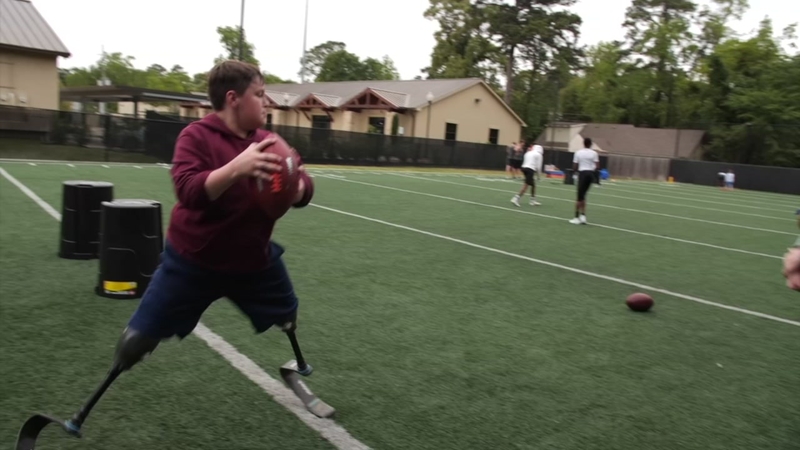 Calder Hodge was born without tibia bones. At age 2, his parents made the difficult decision to amputate both of his legs. But that hasn't stopped him from chasing his dreams of becoming a quarterback.

"Most people know his idea is to make it to the NFL and play quarterback," said J.P. Tillman, his quarterback coach at Blitz Football Camp. "He would be the first person with prosthetics to do it. He's really good at what he does."

"My goal is to get an offer to play college football," said Calder. "And then, God willing, I will play pro football."

Calder recently transferred to Legacy the School of Sports Sciences, a charter school in Spring, where he plans to play quarterback next season.

"He's out here determined, he'll be out here for hours," said Tillman. "We won a national championship last year and he was the youngest one on the team. It's interesting to see a kid that's so strong-willed push himself daily."