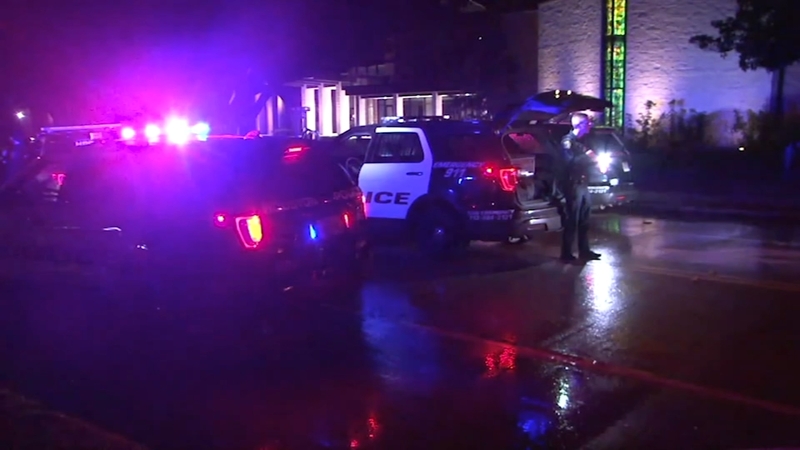 HOUSTON, Texas (KTRK) -- Police arrested a group of teenagers and a 20-year-old woman for allegedly holding up customers inside a southwest Houston game room and robbing them Monday morning.

Officers were called to Café L'Amour, a game room and café on Boone Road, just after 1:30 a.m. for a robbery in progress.


According to investigators, the group of suspects walked into the game room, shot one round into the air, and demanded cash from the customers inside. The young suspects robbed everyone at the business, police said.

"They walked into this game room place, shot one round into the air, and started demanding cash from the people who were inside there," Lt. Emanuel Pavel said. "They robbed everybody inside, then they took off."

When officers arrived, they saw the suspects come out of the business and run to an SUV. Officers attempted to stop them, but the SUV took off. The suspects led police on a chase for about 14 minutes before officers stopped them with a successful pit maneuver.

Adedolapo Adewale, the pastor of the church next door to the game room said he is surprised to know such young people are the ones accused of this crime.

"I don't know the word to use for that, but it's shocking to me," said Adewale.


He said he has rented the space next to the game room for several years.

"This is a big shock to me, because I have been here the past eight years and we have never experienced things like this in this area," said Adewale.

No one inside the game room was hurt. Investigators said they recovered a pistol and a lot of cash from the suspects. They're now reviewing surveillance video at the game room.

We are still waiting to hear what charges will be accepted by the district attorney's office.