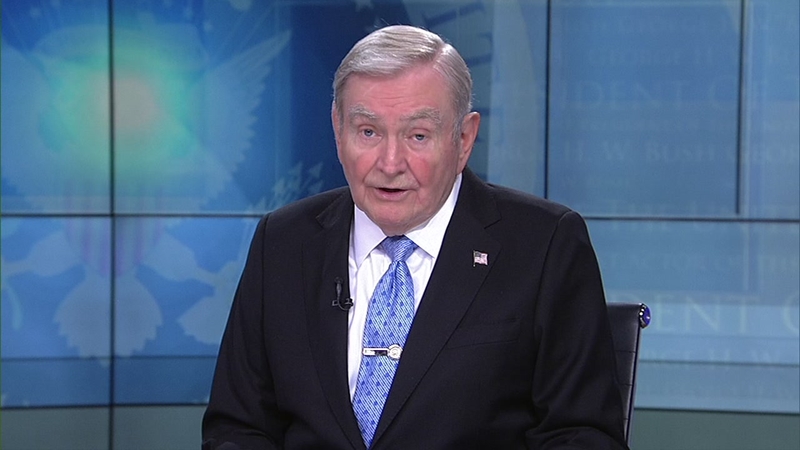 ABC13 Anchor Emeritus Dave Ward, who calls George HW Bush the greatest president of the 20th century, reminds us it was an honor for him to call Bush a friend.

Two Houston institutions, Ward and Bush have spent the last 50 years in the Houston spotlight. Bush was first elected to Congress from a district on the west side of Houston on November 8, 1966. Dave started at ABC13 one day later, November 9, 1966.

Dave first interviewed Bush in 1964. Bush was a delegate to the Republican Convention. Dave was a KNUZ radio reporter.

Over the years the two met several times including a trip on Air Force One while Bush was president. Hours after Bush died, Dave (wearing Presidential cuff links given to Dave by George HW Bush aboard Air Force One), Ward calls Bush, "a statesman ... patriot ... friend."

Six years ago, Dave traveled to Omaha for a preview look at the train that carried Bush to College Station for internment. That look, a personal letter from President Bush and more of Dave's memories are below.