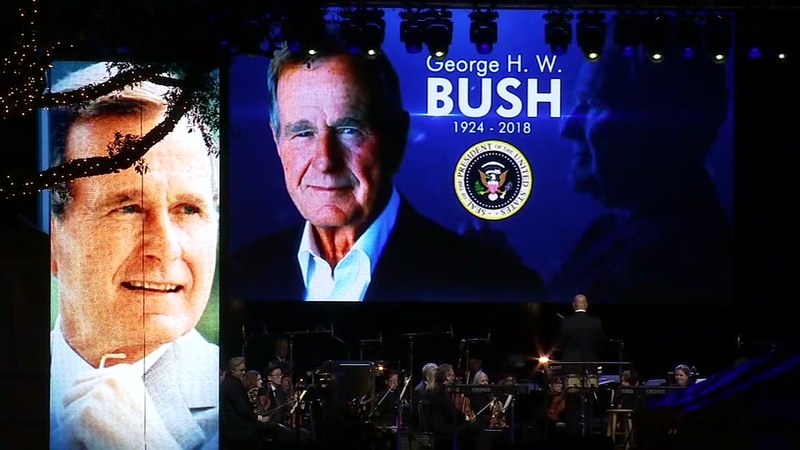 He loved the city and the memorial outside of City Hall Monday showed, clearly, the feeling was mutual.

"He was a gentle giant of a man," David Quiroz said.

Quiroz and his wife Ann drove in from Spring to attend.

Though the didn't know Bush personally, their praise echoed that of the gospel group, the Gatlin Brothers.

The Gatlins have known the Bush family since the 1960s. They have played at inaugurations, campaign events and more. The brothers dropped everything to head to Houston to play at the memorial.

"The angels in heaven rejoice at the death of a saint," Larry Gatlin said. "He wasn't exactly a saint maybe but he was a good ole boy. We loved him, honored him and are grateful to have known him."

The memorial service was filled with musical performances, prayer and praise for the lifelong public servant who earned well his reputation as a statesman willing to put his country above himself.

"He is one of the best presidents I think the United States has ever had, because he approached people from the heart. Not just a bunch of politics," Quiroz said.

"We don't have too many politicians today about whom you can use the word honor," Gatlin said.