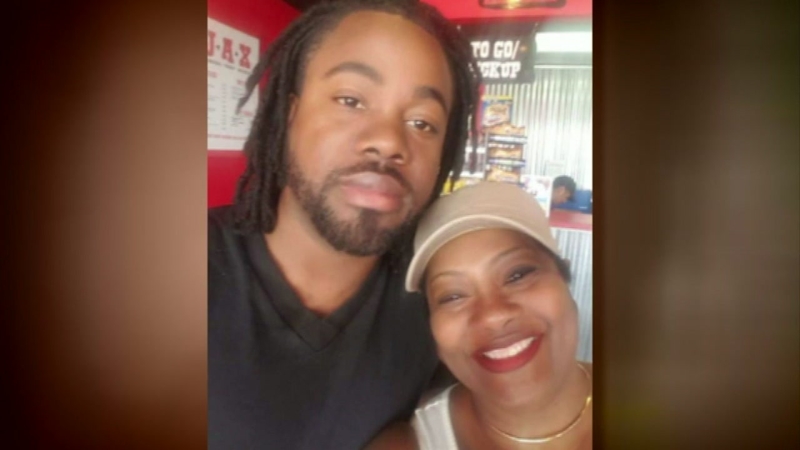 HOUSTON, Texas (KTRK) -- Brandon Thomas would have turned 27 Sunday had his life not ended when he was shot during the Harvey flood.

The father of two was standing outside his fiancee's apartment building when one of three teenagers pursuing a 13-year-old boy fired. The boy was wounded, but Thomas was fatally shot. He was a bystander who became collateral damage.

"I told him last year I would give him a party," said his mother, Mahalia Wilson. "He wanted me to cook and invite all the family and friends over."

She did, and the party was held Sunday evening at the Windsor Village Community Center. On the basketball court, there was an "old school, new school" game.

"Brandon loved this park, which is why I wanted it to be here," she said.

She described her son as happy and hard-working.

"He worked since he was 16, while he went to school," she said. "He had a bank account, and went to technical school to learn computer science. Brandon didn't deserve to have his life taken by someone else. He was such a good person. He loved everybody."

He left behind two little girls and his high school sweetheart, Christine. His daughters played with balloons in the community center, while adults ate the meal his mother prepared.

"He would smile to see all his friends and family together," she said.

His death came during Harvey on August 30, 2017 at a time when so many people were fighting to survive as the flood paralyzed Houston.

The accused shooter was arrested and charged with murder. The two other suspects have yet to be caught. Mahalia Wilson attends each court appearance.

"Now I understand about other parents and other people saying, 'stop the gun violence,'" Wilson said, wiping away tears. "Stop it because innocent people are dying. We have the power to change."

It was a bittersweet night for Mahalia Wilson.

"I did it for him, and I wanted to smile about something. If he were here, he'd be smiling to see all the people he loved and cared for here," she said.